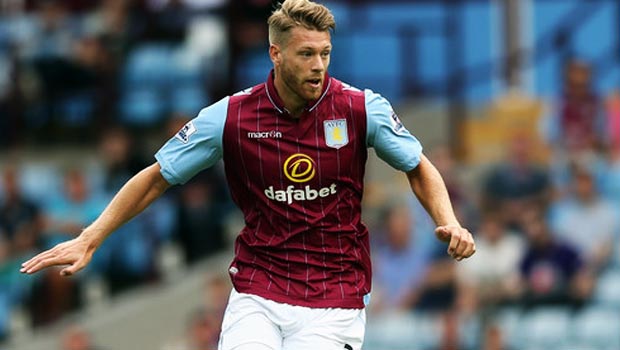 Aston Villa defender Nathan Baker insists his side can back up their win over Liverpool by taking all three points when they host Arsenal this weekend.

Villa struggled against the drop for much of last season but they have started the current campaign brightly and sit second in the Premier League table with 10 points after four games.

Baker’s side picked up an impressive 1-0 win at Anfield last weekend and the 23-year-old now has his sights set on Arsenal ahead of the Gunners’ visit on Saturday, with Villa priced at 4.49 to secure all three points.

He told the Birmingham Mail: “We are getting stronger and stronger.

“We have a lot more experience in the team and it is paying off.

“This is the start of a hard spell and hopefully we can carry on with the confidence we have.

“We have done it at Anfield so why can’t we do it at Villa Park? If we can beat Liverpool we can beat anyone.”

Arsenal, who were soundly beaten by Borussia Dortmund in midweek, are still the favourites at 1.82 to claim the victory at Villa Park on Saturday, while a draw is available at 3.36.

The Scottish defender had appeared destined for a move away from the Midlands side after falling out of favour over the course of the last two seasons.

Hutton spent time on loan with Championship side Bolton Wanderers last term but has established himself in the Villa defence this season and has been an ever-present figure in boss Paul Lambert’s side.

Arsenal are 1.82 to claim victory at Villa Park on Saturday, while a draw is available at 3.36.