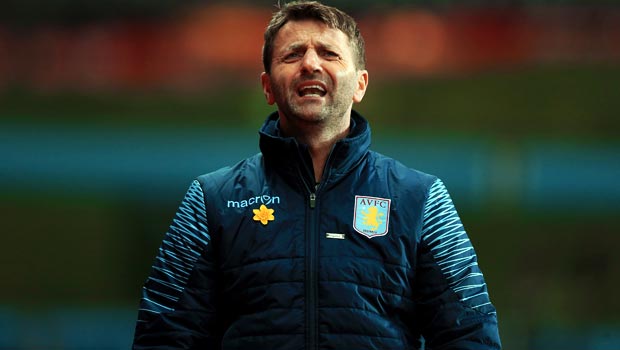 Aston Villa boss Tim Sherwood believes England are capable of going on to win next summer’s European Championships in France.

England currently top their qualifying group after four wins from their first four matches in Group E and are on course to secure early qualification for the finals.

Next up for the Three Lions is a qualifying match against Lithuania at Wembley on March 27 and Sherwood believes the talent that is at Roy Hodgson’s disposal makes England genuine contenders for glory.

He said: “Roy will stumble across a team that will win the Euros. He will, I tell you. They will win it. Get them playing together and a bit of luck with injuries, and I think we’ve got a really good chance.”

Villa midfielder Fabian Delph, who only made his international debut in September, is one man that Sherwood is convinced will play a big part in England’s successes going forward.

He continued: “I’ve told Fabian he could be on the verge of something big. There’s competition there but he could be a big part of it.”

The 25-year-old midfielder has played a crucial role in helping the West Midlands club record three straight victories in all competitions to ease their relegation worries in the Premier League.

The former Leeds player signed a new four-and-a-half-year deal with the Villains in January and Sherwood has revealed that he has always been an admirer of the midfielder and tried to sign him during his time in charge at Spurs.

He revealed: “I tried my best with Fabian. I really tried my best. I think there was a place for him there, where he could have slotted in either side of Mason and Bentaleb.”

Despite their recent upturn in fortunes, Villa are still fighting to secure their Premier League status for next season and are currently 6.50 to be relegated come the end of the campaign.