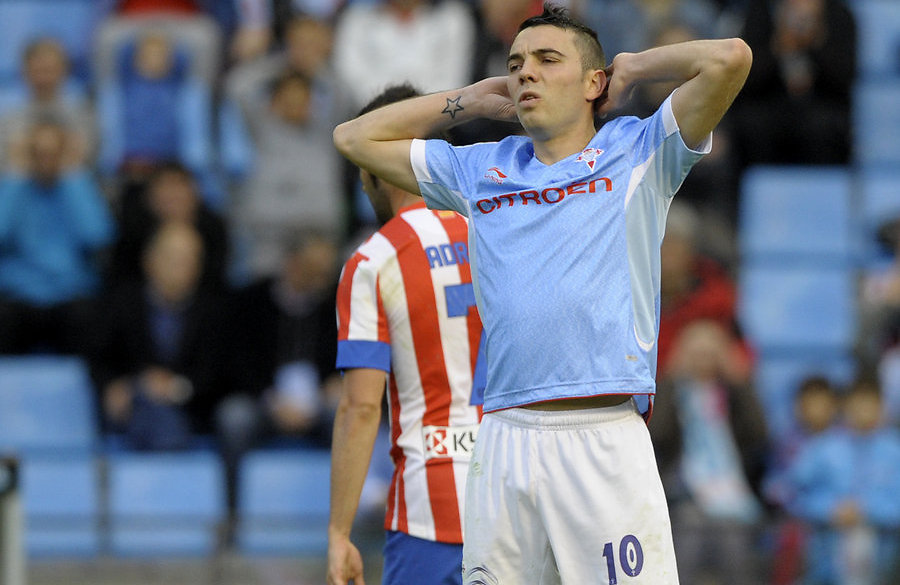 Celta Vigo striker Iago Aspas turned down offers from elsewhere to join Liverpool, ahead of an expected £7million summer move to the Reds.

Celta Vigo striker Iago Aspas says he “did not hesitate even for a minute” and turned down offers from elsewhere to join Liverpool, ahead of an expected £7million summer move to the Reds.

The Merseysiders have agreed a fee with Celta and expect to confirm the capture of Aspas in the next few days as boss Brendan Rodgers adds to his squad over the close season.

The 25-year-old, who scored 12 goals to help his side stay in La Liga last term, admits he could not turn down Liverpool when he heard of their interest and is excited about his imminent move to the Premier League side, saying he even cancelled his holiday to tie up the switch.

He told Marca.com: “I was forced to cancel my holiday in the Caribbean, but the reason I did more than justifies why. When I heard of Liverpool’s interest I did not hesitate even for a minute [Liverpool] is one of the biggest clubs in the world and although I had offers from Italy and Portugal and other countries I decided my future was in English football.”

The forward, who is not viewed as a direct replacement for unsettled striker Luis Suarez at Anfield, says he hopes the Spanish and South American contingent already at the club will help him settle in.

“I hope I will get help from (Jose) Reina, Suso, Dani Pacheco, Luis Suarez, (Philippe) Coutinho, Lucas Leiva and Jose Enrique,” he added.

“I’m calm, but at the same time I’m very emotional about taking such an important step in my career.”