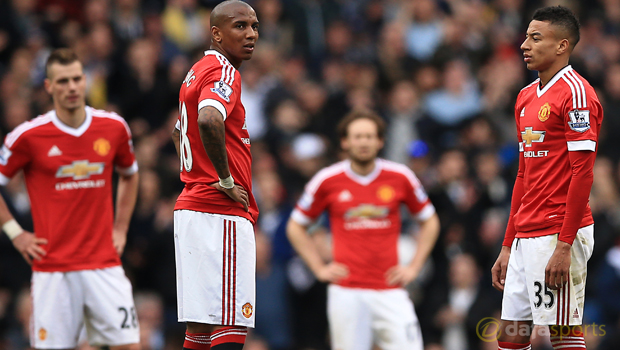 Ashley Young believes winning the FA Cup will help salvage something from another disappointing campaign for Manchester United.

The Red Devils eventually laboured to fifth in the Premier League, as boss Louis van Gaal again came in for criticism for his negative tactics and frosty relationship with the press.

There have, however, been some positives, most notably the emergence of a number of academy players and one of those starlets, Marcus Rashford, is expected to lead the line against Crystal Palace in Saturday’s FA Cup final.

After missing out on the top four, it is believed winning a trophy may still not be enough to keep Van Gaal in his job.

Young made a scoring return to the action after over a month out in Tuesday’s 3-0 win over Bournemouth, having appeared just once since injuring his groin in January.

The 30-year-old admits it has been an unsatisfactory season for the club, but believes lifting the FA Cup for the first time since 2004 would add some gloss to the campaign.

“Obviously for a club like ours not winning the title or fighting for the title is disappointing,” he told Sky Sports News HQ.

“The FA Cup is a massive competition and we have not won it for a number of years.

Saturday’s game is a repeat of the 1990 Wembley showpiece and United are currently the 1.70 favourites to win, with the draw in 90 minutes 3.60 and the Eagles are priced at 5.50.