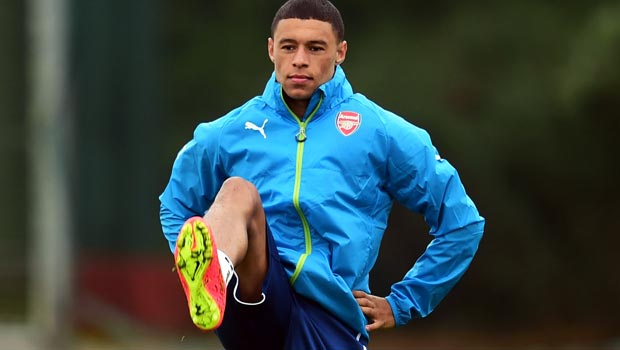 Arsenal wideman Alex Oxlade-Chamberlain has the potential to become a ‘world-class’ player, according to boss Arsene Wenger.

The 21-year-old has established himself in the Gunners side since joining from Southampton in 2011, although he has struggled with a number of injuries.

Oxlade-Chamberlain has featured 79 times for the north London club, netting nine goals in the process, while also catching the eye of England boss Roy Hodgson.

Hodgson was hoping to use the winger at the World Cup in Brazil but an injury ruled him out of action for the Three Lions.

However, Wenger believes with his man now back fully fit and firing on all cylinders that he can continue his development to become one of the best around.

The Frenchman expects the England international to play a pivotal role this term for the Gunners, who are priced at 8.00 to win the league this season, starting with tonight’s Champions League play-off second-leg tie with Besiktas at the Emirates.


The 64-year-old went as far as saying that he is so confident in the youngster’s ability that he feels he will be able to match the standards set by Zinedine Zidane and David Beckham.

Wenger said: “Beckham and Zidane played on the flanks and they turned out to be world-class players.”

Oxlade Chamberlain has featured in two of Arsenal’s opening three games this campaign as competition for place has become much tougher.

The addition of Alexis Sanchez from Barcelona has meant that Oxlade-Chamberlain has been pushed down the pecking order but his manager has urged him to rise to the occasion.