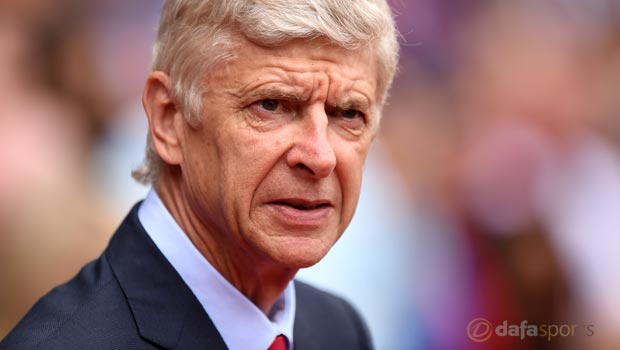 An own goal from Alex Oxlade-Chamberlain in the first half and a powerful header by Junior Fernandes just before the hour mark left Arsenal a mountain to climb with Olivier Giroud also sent off for two bookable offences before the interval.

It was the first time the Croatian side had recorded a Champions League victory in 16 years but the Arsenal manager chose to highlight the performance of the Romanian official afterwards.

“We were a bit unlucky tonight,” Wenger said.”I believe the first goal is offside and after the sending off is very harsh. We were not at our best, but nor was the referee tonight.

Wenger admitted Giroud was foolish to argue with the referee and have his name taken midway through the opening half but he felt there was little the striker could have done about his second caution.

“The second yellow card, he is unlucky to touch the guy, he did not see him. It was accidental but it happened. I don’t understand the referee. It has to be on purpose, a foul on purpose,” Wenger said.

Wenger came in for criticism in some quarters after he made six changes from the team that defeated Stoke at the weekend, possibly with one eye on the trip to Chelsea looming on Saturday.

Petr Cech, Hector Bellerin, Nacho Monreal, Francis Coquelin, Aaron Ramsey and Theo Walcott were all left out, with Walcott coming off the bench to get Arsenal’s consolation goal late on.

Wenger admits he may have got his selection wrong on this occasion.

“When you don’t win the game you have to look at yourself and think you haven’t got it right,” Wenger said. “I don’t believe the players who came in had a bad game but it didn’t work, it didn’t work.

“I have to analyse that well. It is very difficult to give a definite answer straight after the game.”