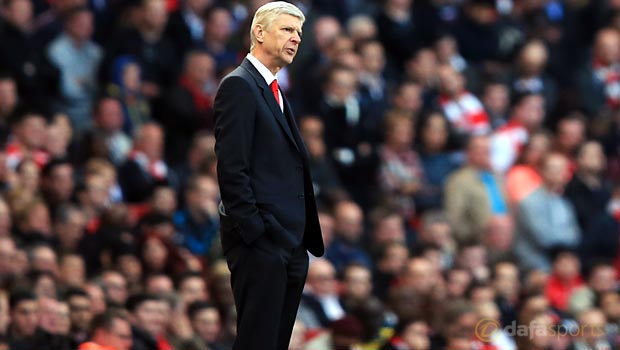 Arsene Wenger has labelled Arsenal’s home defeat to Swansea an ‘accident’ and he wants to ensure there is no repeat against Sunderland.

Garry Monk’s side showed great organisation and managed to nullify Arsenal’s threats when they visited North London recently before grabbing a late winner through Bafetimbi Gomis.

According to Wenger, his side should have had the three points secured long before Gomis headed home for Swansea.

“The Swansea game was an accident. Having analysed it, it’s one of the games we deserved to win the most of all the games,” said Wenger.

Arsenal are 1.32 to defeat Sunderland, a victory that would ensure the Gunners finish in third spot and do not have to qualify for the Champions League group stage.

Wenger anticipates another stubborn Emirates resistance but he has challenged his own players to raise their game.

He added: “I expect them to be well organised defensively, sound at the back, and to try to use all the counter-attacks they can.

“We have to put a high rhythm into this game and play with a high level of energy to win.”

Sunderland are 8.94 to record a win and 5.84 to collect the point they need for survival.

Wenger has paid tribute to the manner in which Dick Advocaat has put his stamp on Sunderland during his short time in charge.

“Advocaat has used his vast experience to give them confidence again, and to get them to play,” the Frenchman said of his Black Cats counterpart.