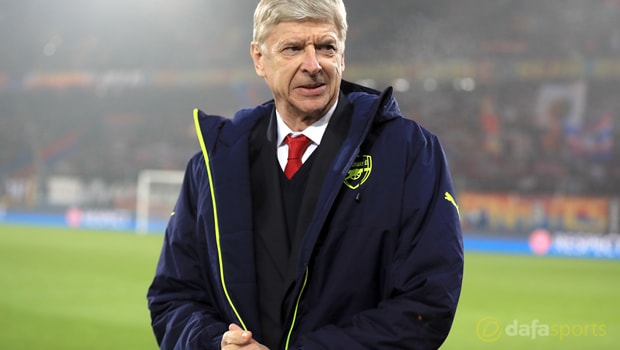 A number of key players have just 18 months to run on their current deals at the Emirates Stadium, including star performers Alexis Sanchez and Mesut Ozil, who are both reportedly seeking parity with some of the highest earners in the Premier League.

The likes of Kieran Gibbs, Olivier Giroud, Alex Oxlade-Chamberlain, Mathieu Debuchy and Jack Wilshere are also entering the final year-and-a-half on their respective contracts, but Wenger insists it is normal for the club to be in such a situation.

“There are six or seven cases at the moment but that is the usual case, it is every year like that,” he said.

“That explains to you why we have a lot of work to do but you are only interested in two cases [Sanchez and Ozil].”

The Frenchman confirmed that the Gunners will not be held to ransom when it comes to negotiating new contracts with players, insisting no individual is bigger than the club.

“Arsenal is a big club,” he added. “It is not one or two players who will make the difference to the club.

The importance is that we are today in a financial position that is strong, that was not the case before.

“What is important is always to take care of the values of the club, and the identity of the club, and not to depend too much on one or two players. The history of Arsenal is bigger than that.”

The north London outfit are next in action when they take on Stoke in the Premier League on Saturday and they are priced at 1.33 to secure all three points at the Emirates Stadium, while the Potters are available at 9.00 and the draw is on offer at 5.25.