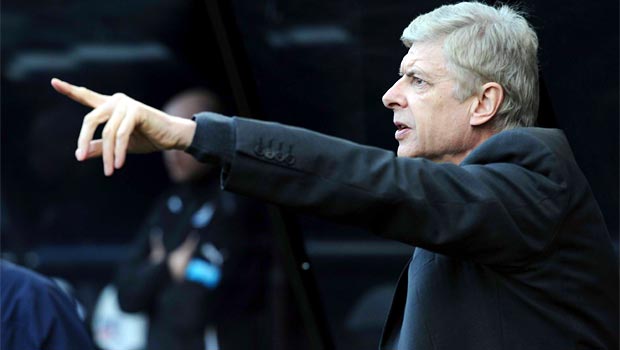 Arsene Wenger says he can understand why pundits are writing off Arsenal’s chances of winning the Premier League title but is keen to prove them wrong.

The Gunners returned to the top of the Premier League table with a 2-0 win over Crystal Palace on Sunday afternoon, but it will be short lived if Manchester City beat Chelsea on Monday night.

Rival fans and pundits alike have not entirely taken Arsenal’s title challenge seriously this season, suggesting they have not got what it takes to last the pace with a squad seemingly not as deep as either of their nearest challengers.

However they remain right in the hunt for the title as things stand and Wenger says it is down to them to finish the season strongly and push City and Chelsea all the way.

“I can understand that completely because we haven’t done it for a while, and as well I must say that we face quality competitors,” he said.

“We do not play against average teams and Man City have scored over 100 goals, so everybody thinks ‘can you beat these teams?’ I say yes and that is what we have to show.

“It is all to do. The only thing I can say is that after 24 games we are there, and it’s now about how we finish the season.”

Meanwhile, Wenger says he will be an interested spectator on Monday night while he also believes Arsenal’s home form could be crucial on the run-in.

“It is two competitors against us and it is always interesting to see how they behave,” he said.

“We gained some points through some other opponents like Liverpool and Man United over this weekend, and I think we know that our results at the Emirates (Stadium) will be massively important until the end.”