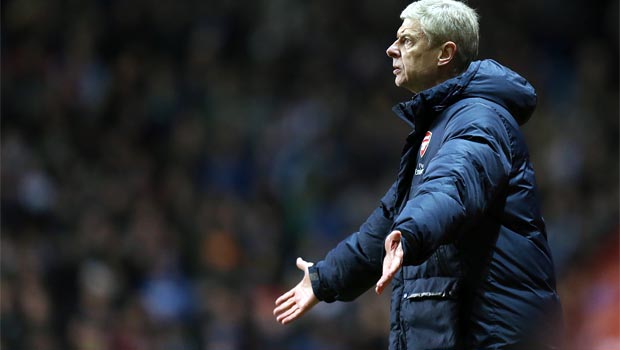 Arsenal boss Arsene Wenger has urged his side to bounce back following their humiliating 5-1 defeat at the hands of Liverpool on Saturday.

The Reds scored four goals inside 20 minutes as Brendan Rodgers’ side put the game beyond Arsenal. Martin Skrtel scored twice inside the opening ten minutes, before further strikes from Raheem Sterling and Daniel Sturridge put them 4-0 up.

Sterling grabbed his second of the match early in the second-half, with Mikel Arteta grabbing Arsenal’s only goal from the penalty spot.

The defeat raises questions about the Gunners’ Premier League title credentials, and Wenger has asked his players to respond when they take on Manchester United on Wednesday night.

“What is important is that we respond to that result, especially respond with a different performance because our performance overall was poor,” said Wenger.

“On the concentration level, on pace, on defensive stability, it was very poor and we always looked vulnerable. If you concede two early goals from set-pieces then you are in a position where you always have to come out.

“I just think the whole team have failed to turn up with the right performance. We know that you need to be better focused at this kind of level.

“Congratulations to Liverpool. They were the best team today and we were very poor – only our fans were good for 90 minutes.”

The Gunners host David Moyes’ side at the Emirates, and they can be backed at 2.18 to win, with United 2.96 to take the victory.