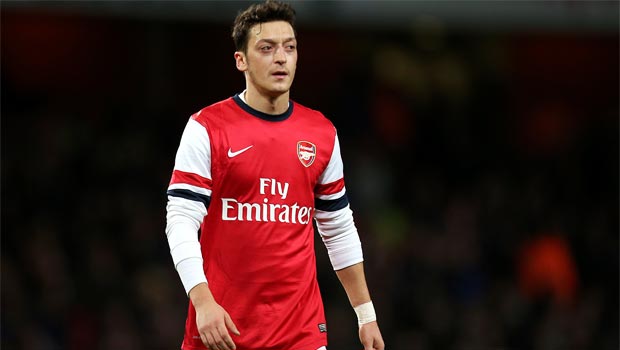 Arsene Wenger is confident that Mesut Ozil will rediscover his form and help Arsenal challenge for the Premier League title over the remaining weeks of the season.

Ozil has come in for some fierce criticism in recent times after a series of lacklustre displays for the Gunners, with fans and the media alike questioning the value of his £42.5million price tag.

The manner of the Germany international’s penalty miss against Bayern Munich in last week’s Champions League last-16, first-leg clash just heaped more pressure on the record signing’s shoulders and he was given a couple of days off to sort himself out.

Ozil missed Arsenal’s 4-1 victory over Sunderland with hip trouble but will be back for Saturday’s trip to the Britannia Stadium to play Stoke City, with the Gunners on offer at 1.67 to win and the Potters priced at 5.42.

Wenger admits the midfielder has struggled to come to terms with life in the Premier League but is adamant his star man will bounce back to make a significant contribution to the club.

“It is difficult for him mentally to be confronted with that pressure every three days and in every single competition,” he said. “But he will adapt.

“He has gone a little bit through a difficult time. It can happen to anybody. So have others in the past, and so I don’t worry about Ozil.”

Ozil will be back to face Stoke but there are fitness doubts over Nacho Monreal (foot) and Kieran Gibbs (hamstring) while Thomas Vermaelen may be needed as an emergency left-back.

Stoke will be missing Oussama Assaidi, who is out with a knee injury, but Robert Huth could make his return from a three-month lay-off.