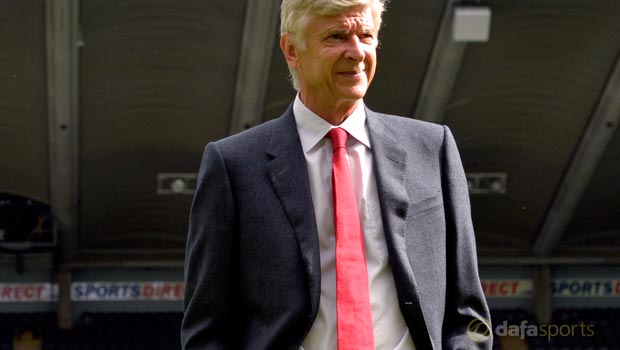 Arsene Wenger says there is a lack of quality players available that can make a positive difference at big clubs.

The Arsenal boss came in for criticism from sections of his club’s support after he failed to sign a single outfield player during the summer transfer window.

Goalkeeper Petr Cech proved to be the only new arrival at the Emirates, with Arsenal the only top-five team from Europe’s top leagues last season not to add any outfield reinforcements.

Gunners fans had been crying out for a new striker but, according to Wenger, Manchester United’s deal to bring Anthony Martial from Monaco shows that talent and not money is the missing factor.

Wenger says he believes United’s initial outlay of £36m could rise to as much as £59m with add-ons and he says such an outlay – 80m euros – is indicative of the current market given that Martial is not yet a full international.

“What happened last night with Monaco, who sold Martial to Manchester United for 80million euros, I’ve heard,” Wenger told beIN Sports. “Martial scored 11 goals in the French championship – that sums it up well.

“That means it’s not the money that’s missing at the moment, it’s not the desire of investment that is missing, it’s the number of players available who can strengthen the big clubs.”

Wenger described his 19-year-old compatriot as a “huge talent” but he once more reiterated his desire only to sign players for such vast fees that can make an immediate impact on his team
“The problem at the moment is finding the player that guarantees you are a better team after, and that example last night shows you very well,” he added.

Many believe Wenger’s failure to attract a new striker to north London could jeopardise Arsenal’s title hopes in the coming months.

Arsenal are 6.00 to win the Premier League this season while Manchester United are 15.00 and Manchester City are 1.50 following their fast start.