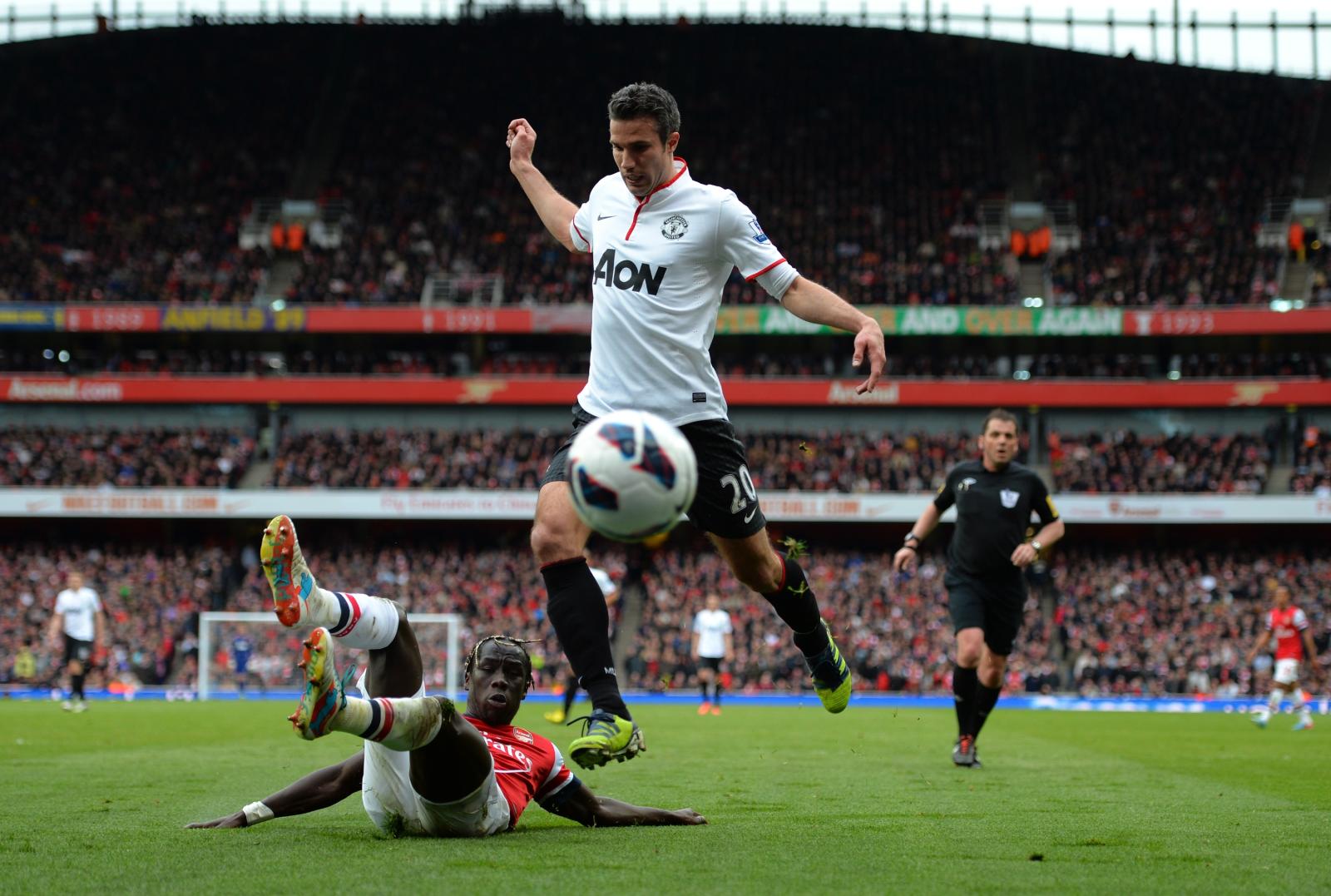 Arsene Wenger disappointed in abuse Manchester United forward Robin van Persie received when they played against Arsenal to a 1-1 draw.

The striker signed a £24-million contract to move to United from London in the summer and bagged a first-half goal from the penalty spot after being taken down. The strike cancelled out Theo Walcott’s second-minute goal.

Wenger commented that he expected more from the Gunners faithful as RVP constantly received verbal abuse, while later hailing his side’s commitment.

“I think it’s disappointing that, when you come back, you get real aggression from the fans,” Wenger told Sky Sports.

“From the first to the last minute, it was two teams giving absolutely everything to win. We gave everything and, at the end of the day, the regret you have is the way we conceded the goal. Just before half-time, that was a serious blow to us.”

The French manager went on to say that the fans loved van Persie, but were disappointed that he left, then hailed his defenders for stepping up.

“They loved him, so today it was a little bit [of] disappointed love,” Wenger said afterwards.

“I don’t think he scored, he scored a penalty. It counts but it’s not completely the same.

“Our defenders didn’t make life easy for him at all. We played with great commitment. And I feel our two central defenders played very well.”

Wenger went on to reveal that van Persie went in the Arsenal dressing room to greet his former teammates after the match.

The Gunners can still finish third in the Premier League – gaining automatic qualification in the Champions League – despite dropping to fourth after Chelsea’s win over Swansea City.