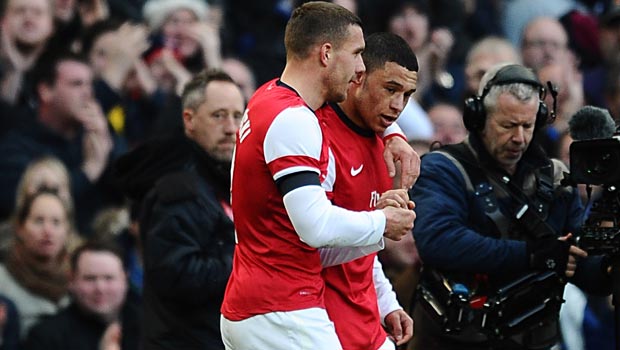 Arsene Wenger has admitted Alex Oxlade-Chamberlain may be forced to miss the FA Cup final with Hull on Saturday.

The midfielder, who has been included in England’s 23-man World Cup squad, hasn’t featured since the Gunners’ 3-0 win over the Tigers in the Premier League last month due to a groin injury.

Oxlade-Chamberlain only made a return to training this week and Arsenal boss Wenger remains unsure if he will be able to feature at Wembley.

“Everybody should be available who played in our last game at Norwich,” said the Frenchman.

“There’s still some uncertainty about Oxlade-Chamberlain and Thomas Vermaelen who was out for the last minute with five stitches in his knee. We’ll know more about that tomorrow [Thursday] or Friday. I will know tomorrow if Oxlade-Chamberlain has a chance to be in the squad or not.”

Wenger also stressed he will have no qualms about selecting either Lukasz Fabianski or Bacary Sagna to face Hull, despite the fact they seem set to leave in the summer.

Keeper Fabianski and defender Sagna have both been offered new deals but neither have accepted and look set to move on, but Wenger expects both to give their all on Saturday if they are selected.

“I told you many times that, for me, a professional is to give your best until the last day of your contract,” he added.