Argentina coach Edgardo Bauza refusing to give up 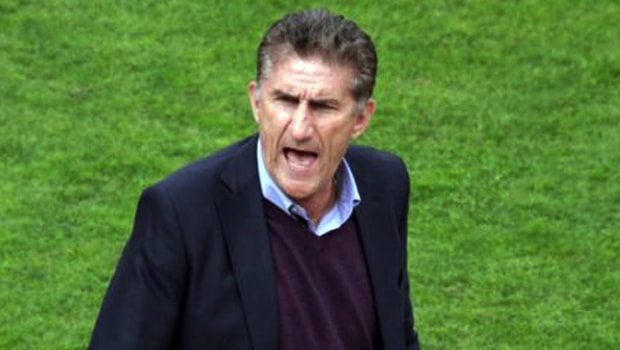 Argentina coach Edgardo Bauza has claimed his side will continue to fight after they dropped out of the automatic qualification places for the 2018 World Cup in Russia.

Argentina, 10.00 to win the tournament, were beaten 2-0 by Bolivia on Tuesday night, just hours after captain Lionel Messi was handed a four-match ban for abusing an official.

He was punished after using “insulting words” towards an assistant referee during Thursday’s 1-0 win over Chile.

Argentina will start the next international break in fifth and will be without Messi against Brazil, Uruguay and Venezuela as things stand although Argentina are set to appeal the ban.

Only the top four teams qualify for Russia, with Brazil already through after beating Ecuador.

Colombia sit in second while Uruguay and Chile occupy the remaining automatic spots.

“We are still alive and we want to qualify for the World Cup. We know that this is going to be a battle and we are going to keep fighting.”

As well as seeing his side lose, Bauza lost Ramiro Funes Mori to a knee injury and he is awaiting the result of a scan after being stretchered off.

The news will come as a blow to Everton coach Ronald Koeman, who has already lost Seamus Coleman to a long-term injury this week.