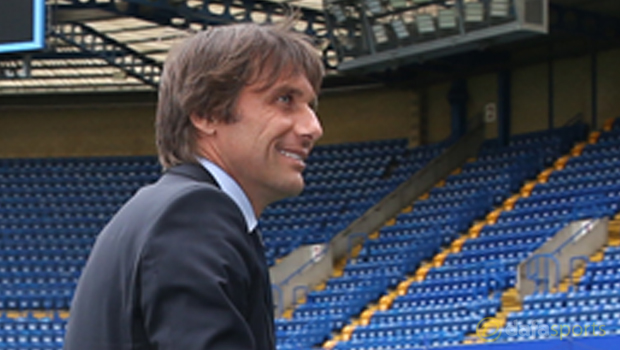 New Chelsea boss Antonio Conte says his team have a lot of work to do if they want to avoid a repeat of last season’s struggles.

The Stamford Bridge side were flirting with relegation at one stage last term before eventually finishing 10th in the Premier League table.

Chelsea suffered a 3-2 defeat to Real Madrid in the pre-season International Champions Cup tournament in Michigan on Saturday and ex-Italy boss Conte was unimpressed.

The West London outfit were 3-0 down at half-time before Eden Hazard’s brace reduced the deficit, and the former Juventus manager was disappointed with his side’s defending in the USA.

“After this game, it’s clear we have to always work together, without the ball and with the ball,” Conte told reporters.

“If we think we don’t have to work without the ball, it is not possible for us. We risk repeating a bad season. “Today I think we weren’t a team in defensive situations.

We were better with the ball but bad without it.” He added: “My aim now is to become a team, inside and outside of the pitch.

“It is important to reach our target at the end of the season.

“I know with my experience as a player and a manger, that if you want to reach the target and fight for the title, you must be a team, on and off the pitch. “We must become a family.

This is the key to switch from last season. If we don’t understand this, it is not good.”

Chelsea are 1.62 to win their season opener against West Ham on August 15 and 6.00 to win the Premier League outright.