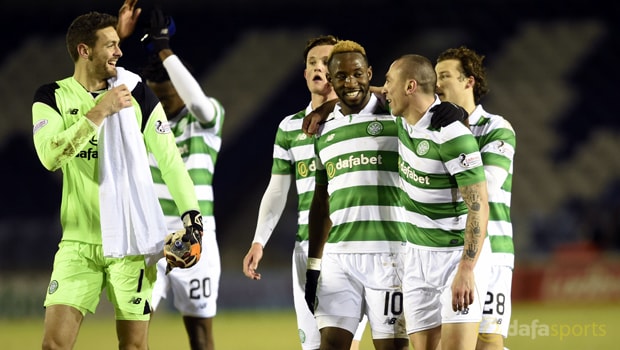 The Ibrox club are back in the Scottish Premiership this season but they are 33 points behind Celtic going into Sunday’s derby at Parkhead.

Celtic have already beaten Rangers three times this season and the Hoops have yet to taste domestic defeat under manager Brendan Rodgers.

Walker doesn’t anticipate their unbeaten run coming to an end on Sunday and he insists Rangers are not on the radar for their city rivals currently.

“I think right now the Celtic-Rangers rivalry is a wee bit redundant. It will be for a while.

I don’t think Celtic are interested in comparing themselves to Rangers, being better than Rangers – that is gone,”

Walker told the Evening Times. “It’s up to Rangers to get their act in order.”

Walker expressed his surprise that Rangers have not been able to appoint a successor to Mark Warburton in time for the trip across Glasgow.

Rodgers meanwhile deserves huge praise for the job he has done since succeeding Ronny Deila in the summer and Walker feels the former Liverpool boss will be in Scotland for a significant spell.

“I think the important thing for Celtic is to keep being the way that they are.

“Even if Brendan was to go in the next year or two, I think Celtic’s model should be to get someone in who is as good as he is and continue to try and get not just Champions League football, but just to make their mark.

They’re the bigger challenges for Celtic.” Celtic are 1.36 to beat Rangers on Sunday, with the visitors 7.50 and the draw 4.75.