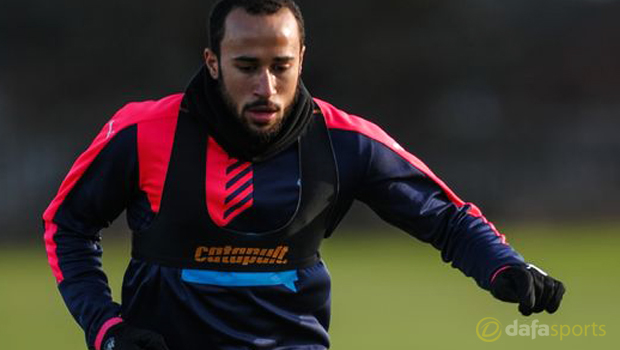 Andros Townsend is looking to use his £12million transfer to Newcastle as the catalyst to force his way into Roy Hodgson’s England squad for this summer’s Euro 2016.

The 24-year-old penned a four-and-a-half year deal at St James’ Park on Wednesday evening after the Magpies and Tottenham finally came to an agreement over his fee.

Townsend’s main priority is to help Steve McClaren’s side secure enough points to preserve their Premier League status in the remainder of this season.

However, he knows that if he does that by scoring goals and providing assists, it could alert Hodgson to his form and lead to a place in the Three Lions squad in France.

Townsend suffered heartbreak in 2014 when injury forced him to miss the World Cup in Brazil, while his struggle to force his way into the Tottenham side meant he played a minor role in the country’s successful Euro 2016 qualification campaign.

Therefore he is all the more determined to be involved and add to the 10 caps he has already secured for England.

He told the club’s website: “I know if I am playing well for Newcastle – playing well, scoring and creating assists – helping Newcastle get three points and climb up the table – then the England accolades will come with that.

Townsend is also hopeful that with fellow English players Jonjo Shelvey and Jack Colback at Newcastle, it could persuade Hodgson to come to more of their matches.

He added: “Jonjo’s been in the last three or four squads and he’s been in a starting role for England. It’s good for him as well and it’s good there are a few of us English boys now – Jack Colback as well.”