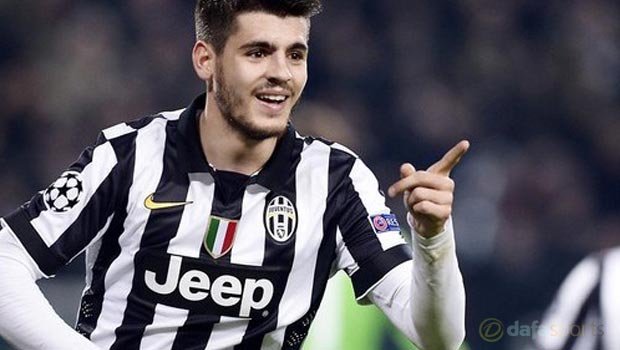 Alvaro Morata says he would “give anything” to help his Juventus side win this season’s Champions League.

The Spaniard has been a revelation for the Bianconeri, netting 11 times since his summer move from boyhood club Real Madrid., and now looks to have established himself ahead of compatriot Fernando Llorente as Carlos Tevez’s regular strike partner.

With their fourth straight Serie A crown seemingly in the bag, the Juve players and staff have set their sights on lifting the Champions League trophy, a competition they are currently 8.00 to win.

Massimilano Allegri’s men are due to face Monaco in the quarter-finals and will be looking to count on the experience of the likes of Morata, who came off the bench for Real as they beat local rivals Atletico to claim ‘La Decima’ last May.

The 22-year-old admits he is desperate to conquer Europe again and says he is ready to give his all to help La Vecchia Signora win the title for the third time in their history.

“It will be far from easy, given the teams which are still in the competition,” the Spaniard told Corriere dello Sport.

“At this stage of the competition there are no opponents who can be taken lightly, anyone can beat you, so we have the utmost respect for Monaco. It would be a mistake to think we start as favourites.

“It takes a little bit of luck to win the Champions League, you can never make too many calculations. To win it? I’d give anything, I’d even play for free, as long as we win.”

Tevez is 26.00 to finish as the Champions League’s top scorer this season.