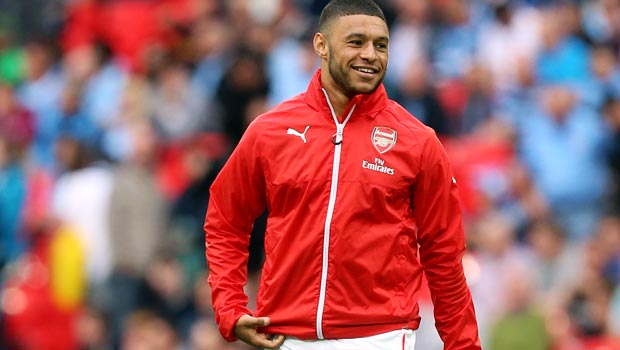 Alex Oxlade-Chamberlain claims the superior technical side of Arsenal’s game should be enough to help them edge past Besiktas in their bid to reach the Champions League group stages.

The England international was satisfied with the Gunners’ battling display at Istanbul’s Ataturk stadium on Tuesday night as Arsene Wenger’s men secured a 0-0 first-leg draw, which they finished with ten men after Aaron Ramsey was sent off for two bookable offences.

Ramsey will be suspended for next Wednesday’s second leg at the Emirates Stadium, but the Gunners will have German World Cup-winning trio Mesut Ozil, Per Mertesacker and Lukas Podolski available for selection.

Oxlade-Chamberlain feels Besiktas are dangerous opponents but he is confident that the north Londoners will have too much for them.

“We have to have confidence in ourselves to come through this test,”
Oxlade-Chamberlain said.

“Besiktas are a quality side, and it is not going to be easy at all, they will fancy their chances as well, which will make it a good game.

“But I am confident in our team, if we approach the game in the right way, match them physically and competitively, then hopefully our technical side of our game will come through at the Emirates and we will be able to come away with a win.”

Oxlade-Chamberlain added: “It (Champions League) is something that everyone wants to play in, especially at a club like Arsenal, you almost expect us to try to qualify for.

“We worked extremely hard last season to get ourselves into this position and it is something we don’t want to give away at this stage.

“It is massive for the club, for the players and the supporters, we all know how important it is and I am sure you will see next week how much everyone wants to be a part of the competition.”