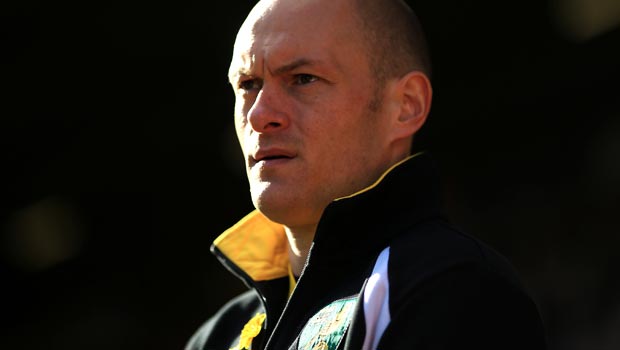 Alex Neil is targeting an automatic promotion place in the Championship after his Norwich side moved up to third position thanks to Sunday’s 2-0 East Anglian derby win against Ipswich at Carrow Road.

The former Hamilton Academicals chief has transformed the Canaries’ fortunes since being installed as Neil Adams’s successor this season with the side’s fourth straight derby win against their rivals from Suffolk being a sixth successive victory which has propelled them into the promotion scrap.

League leaders Derby and second-placed Middlesbrough lost 2-0 at Fulham and Sheffield Wednesday respectively on Saturday, so Norwich are a point off an automatic promotion place and just three off top spot.

They also have both of those teams to face on home soil in their remaining matches in what is an otherwise favourable run-in.

And Neil firmly believes that the Canaries can make an immediate return to the Premier League after last season’s disappointing relegation.

With one eye immediately on their next game against relegation-haunted Wigan at Carrow Road on Wednesday, Neil said: “The good thing now is that it is in our own hands.

“We are now third, three points off the top, and we have still got to play the two sides above us [Derby and Middlesbrough] at home.

“We have given ourselves a chance, but that is all it is, a chance, and we have got to keep working hard and try to make sure we take it.

“Our biggest game of the season now is Wigan at home on Wednesday. There can be no room for complacency. We have just got to make sure we approach the game in the right manner and keep this run going because we have the momentum with us now.”

Norwich are 1.56 to make it seven wins on the bounce against Latics this week, while former player Malky Mackay’s side are 6.29 to secure a shock win with the draw 3.57.