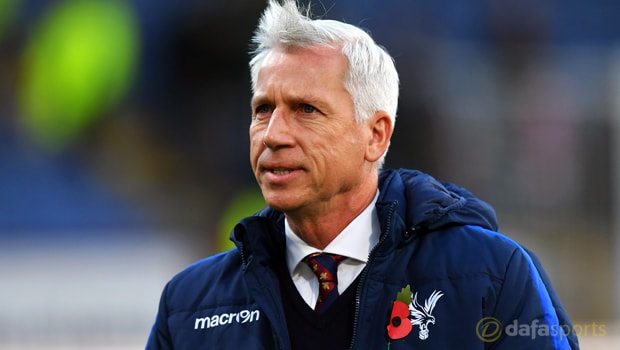 Crystal Palace boss Alan Pardew admits his side are under pressure to secure a victory sooner rather than later as they bid to end a run of four straight Premier League defeats.

The Eagles are currently 16th in the table and just a point outside the relegation zone following defeats to West Ham, Leicester, Liverpool and Burnley in recent weeks.

Pardew has seen his side win just five top-flight games during 2016 and the former Newcastle boss admits his team need to return to winning ways soon, although he does not believe their current league position truly reflects the ability within the squad.

“We need to improve, there’s no doubt about that,” he told reporters. “The result at Burnley was a big blow for us.

We played well and got back into it and then got carried away trying to win the game in the final moment – and left ourselves short.” “It’s put pressure on us and we are going to have to deal with it.

There are some fantastic players in our team and we are in a position in the league that’s false. We need to put that right,” he said.

Palace are next in action when they play host to title-chasers Manchester City at Selhurst Park on Saturday, and a defeat could see the Eagles end the weekend in the relegation zone, but Pardew insists he is not even considering the prospect of his side getting involved in a relegation battle this term.

He added: “I am not even thinking about being in a relegation battle at all if I’m honest. We just have to make sure over the next few weeks we get some important results.”

Pardew’s men have lost 10 of their last 11 meetings with the Citizens, but they are priced at 6.50 to buck that trend and secure all three points on Saturday, while City are available at 1.53 and the draw is on offer at 4.33.