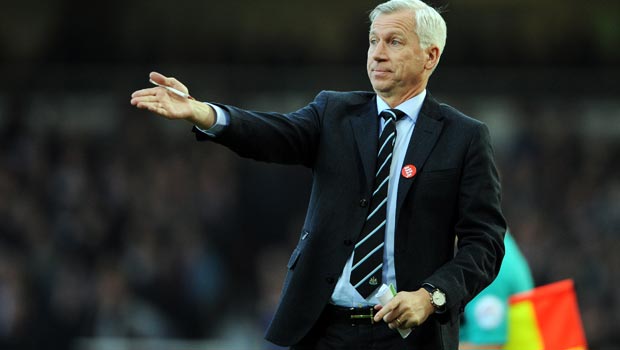 Alan Pardew says his Newcastle United side must bounce back immediately from the weekend defeat at West Ham United to prove they are capable of a top-six finish.

The Magpies travelled to the Boleyn Ground seeking a sixth successive Premier League win after enjoying their best run of form for over two years.

However they came undone in the east end as Aaron Cresswell scored a second-half winner for the high-flying Hammers, who held on to win 1-0.

Newcastle began the season with a seven-match winless run and there will be fears they could fall back into a similar rut.

But with a busy festive period fast approaching Pardew insists his side are more than capable of bouncing back, starting with Tuesday’s trip to Burnley.

“We would have liked to have played a little bit better than we did, but the most important thing is to now to get the next result,” he is quoted by the Shields Gazzette.

Newcastle will be without Moussa Sissoko at Turf Moor after he was sent off for two bookings in the space of a minute against West Ham, while Jack Colback serves a one-match ban following his fifth yellow card of the season.

“Even though it was a blow losing the game – and to lose Moussa and Jack for Burnley is tough for us – we will have to get on with it.”

Newcastle are 2.52 to return to winning ways straight away at Burnley while the Clarets, who are unbeaten in three league games, are 2.80 to claim all three points.