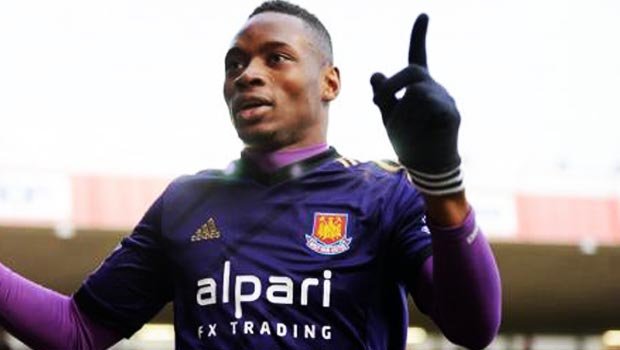 West Ham striker Diafra Sakho has been criticised by Senegal boss Alain Giresse after he played in the club’s FA Cup tie at the weekend.

The Hammers played Bristol City on Sunday and progressed thanks to a 1-0 win at Ashton Gate.

Sakho grabbed the only goal of the game but he has now been criticised by Senegal’s national boss.

The 25-year-old was called up to the Senegal squad ahead of the Africa Cup of Nations. However, he withdrew from the 23-man squad before flying out to Equatorial Guinea, claiming he had a back injury.

Senegal were hoping to assess the player themselves but they were told that Sakho was unable to fly due to the injury.

After learning he played at the weekend, Giresse insists West Ham‘s decision sets a dangerous precedent.

He said: “When you cannot fly for six weeks and then suddenly you’re playing a football game, there must be miraculous medicine in England.

“I’m surprised to learn he played. This sets a dangerous precedent because you’re going to have players claiming they cannot catch planes to Africa but who can still play football.”

However, Hammers boss Sam Allardyce has defended his decision and insists the striker was unable to fly out to Equatorial Guinea.

“We had to drive him down in a limo on Saturday but other than that he said he can get out on the pitch and just see how he goes,” Allardyce told Talksport.

Senegal, 1.65 to win Group C, have already beaten Ghana and South Africa in the competition and they will reach the quarter-finals if they avoid a defeat against Algeria on Tuesday.