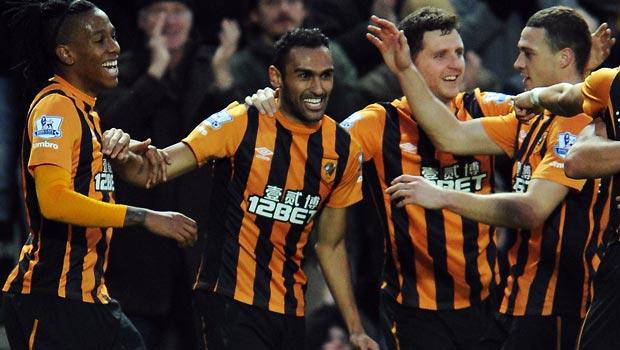 Hull winger Ahmed Elmohamady remains convinced his side will beat the drop after Saturday’s last-gasp win over QPR.

The Tigers picked up a crucial win over relegation rivals QPR at the weekend and have now managed seven points in their last three games.

Boss Steve Bruce was able to name an unchanged starting XI for the first time since September in the win over the Loftus Road outfit, and Elmohamady feels a settled side will help Hull push up the Premier League table.

“Now that we don’t have many injuries, you will notice that the results have gone for us,” he is quoted as saying by the Yorkshire Post.

“The manager has not had much choice recently, but everyone has done fantastic and for the manager to be able to keep the same team is fantastic for us.

“Touch wood, there will be no more injuries for us. We have a big squad, but the last three games it has been good for the players to have the same team.”

The Egyptian winger, who is Hull’s only ever-present in the league this season, expects a stern test when his side travel to Stoke on Saturday but hopes they can continue their fine recent form at the Britannia Stadium.

He added: “Stoke will be a tough game away, but beating QPR shows you that we have enough to stay up.