Adam Henley confident things are ‘coming together’ for Blackburn Rovers 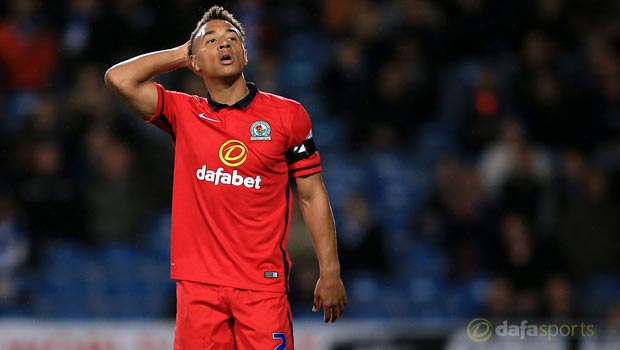 Wales international Adam Henley feels Blackburn are finally starting to show their best form and he thinks they can push on after the international break.

Henley has joined up with Chris Coleman’s Welsh squad for their crucial Euro 2016 qualifiers against Bosnia and Andorra, as they look to qualify for a major tournament for the first time since 1958.

Wales are top of Group B and know that one point from their two games will be enough to secure a place in France next summer.

Henley feels that Saturday’s victory over Ipswich at Ewood Park also means there are plenty reasons for optimism at club level when he returns.

Rovers are unbeaten in four games and have climbed to within seven points of the Championship playoff places.

Gary Bowyer’s side are really beginning to put things together after a slow start, according to the 21-year-old.

“The players are playing for each other and there is a really good vibe around the squad, things are starting to click for us,” he said.

“It can be like that in football, earlier in the season it wasn’t falling for us but now it is all starting to come together, every area of the team is doing well.”

Blackburn were the first Championship side in 22 games to prevent Mick McCarthy’s Ipswich from scoring and Henley feels real progress has been made along the backline in recent matches.

“As a back four we are happy that we’ve put in some solid performances and a couple of clean sheets, in all areas everybody is pulling their weight and I think that has been really important in the last few weeks,” he added.

Wales, meanwhile, are 4.00 to win their Euro 2016 qualifier against Bosnia in Zenica on Saturday. The home side need a win to aid their chances of securing at least a playoff place and are 1.85, while the draw is 3.40.