Posted by Akinnifesi Olumide on October 20, 2022 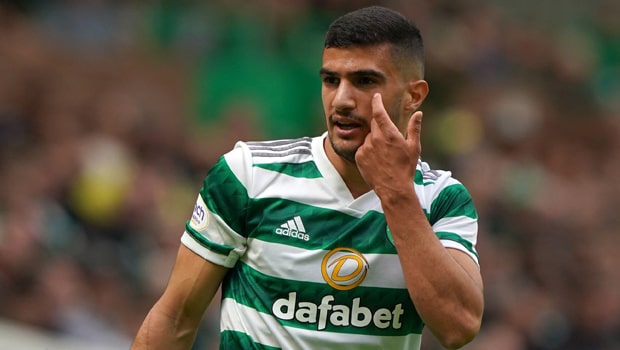 Celtic forward Liel Abada has showered his appreciation on club veteran and midfielder James Forrest for helping him find his footing around the dressing room.
Despite his limited gametime under Postecoglou since the beginning of this campaign, Forest was entrusted with a massive responsibility against Hibernian over the weekend by the Australian manager.

He grabbed the opportunity with both hands and delivered a brilliant performance getting a hattrick which also summed up his 100th goal for Celtic as the Hoops walloped Hibernian by six goals.

Considering that Forrest is getting limited minutes under his belt, he never for once performed below par whenever called upon. This has ushered in a lot of praise from his teammates as they admired him.

One player who couldn’t stop gushing about the veteran skipper’s impact is youngster Liel Abada who occupies the same position as Forrest.

Asked how he felt after the game, Abada revealed his admiration and respect for his teammate and how much he has learned under his tutelage and guidance.

“He [James] is a friend I really like and respect a lot. Ever since I got here, he has given me a lot of advice on improving my play.

“it gives me a lot of joy seeing him score three goals, and I believe he’s someone I can learn a lot from.” He added.

Acknowledging a player like Forrest as a mentor shows how far he has impacted many of the club’s youngsters. And Abada has been brilliant since he broke into the first-team squad last season.

Forest ranks amongst Celtic’s successful players over the years, winning many trophies and, most importantly, a key figure on and off the pitch.