5 Italian players named in Euro 2020 team of the tournament 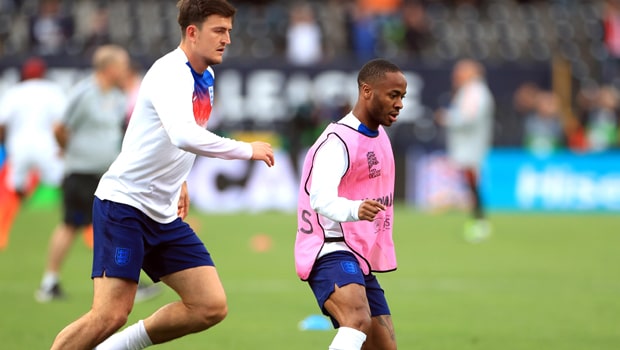 Five Italian players were named in the official Euro 2020 team of the tournament.

Manchester United defender Harry Maguire and Manchester City duo of Kyle Walker and Raheem Sterling have been named in Euro 2020 team of the tournament.

The Three Lions players were included in the team of the tournament despite losing the final of the competition to Italy 3-2 on penalties on Sunday as the Italians won their second-ever UEFA Euro Championship title and their first in over 50 years.

England was also hoping to win their first-ever UEFA European Championship and first major title in 55 years but despite Luke Shaw’s early goal in the second minute of the game, Leonardo Bonucci’s equalizer and Marcus Rashford, Jadon Sancho, and Bukayo Saka’s missed penalties ensured the trophy went to Rome.

Raheem Sterling scored two goals as he leads Gareth Southgate’s side to the final while Kyle Walker was also impressive in the defense as well as Manchester United defender Harry Maguire who was solid in the backline.

Gianluigi Donnarumma, who won the best player award for the tournament was listed as the goalkeeper in the team of the tournament as well as defender Leonardo Bonucci, Juventus forward Federico Chiesa, Chelsea Midfielder Jorginho, and Leonardo Spinazzola.

Other players included in the team of the tournament are Denmark’s Pierre-Emile Hojbjerg, Belgium’s Romelu Lukaku, and Spanish youngster Pedri.

Notable players who missed out include Portugal skipper Cristiano Ronaldo who is the tournament’s joint top-scorer alongside Czech Republic’s Patrick Schick who also was not included.

Ronaldo equaled the men’s International goalscoring record with 5 goals at the Euros albeit Portugal could only reach the round of 16.