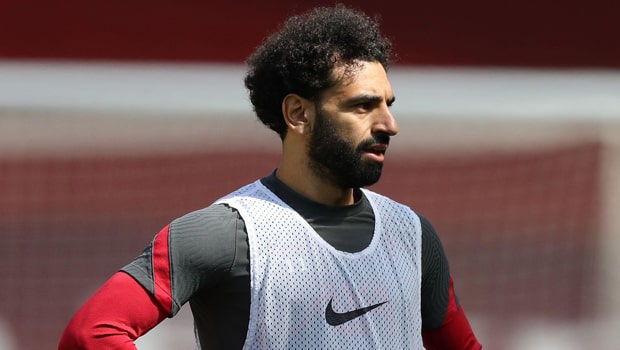 Egypt remained on top of Group F after scoring a late equalizer in Gabon against Gabon in the FIFA World Cup Qualifiers played on Sunday evening.

The seven-time AFCON winners had beaten Angola 1-0 in the opener days ago but Gabon had lost away to Libya with late goals from the North Africans denying Gabon a point.

Egypt had the opportunity of fielding Liverpool forward Mohammed Salah despite Premier League’s COVID-19 restrictions which has forced other African players playing in the Premier League return to their base after the first qualifier.

Gabon also had Arsenal forward Pierre Emerick Aubameyang in their starting 11 and they duly dominated the North Africans in the first half but the first goal of the game didn’t come until the second half.

Egypt had a man sent off in the 70th minute when Pyramids midfielder Omar Gaber was given the marching order after a second bookable offence.

Clermont midfielder Jim Allevinah opened the scoring three minutes later but what would have been a winner was denied when substitute, Galatasaray forward Mostafa Mohamed equalised on the dot of 90 minutes.

Gabon will face Angola in the next international break in October while Egypt face Libya.

In other matches played over the weekend in th3 African qualifiers for the 2022 FIFA World Cup, Rwanda and Kenya played a 1-1 draw while Namibia defeated Togo 1-0 on Sunday.

On Monday Ivory Coast will host Cameroon while South Africa will host Ghana.