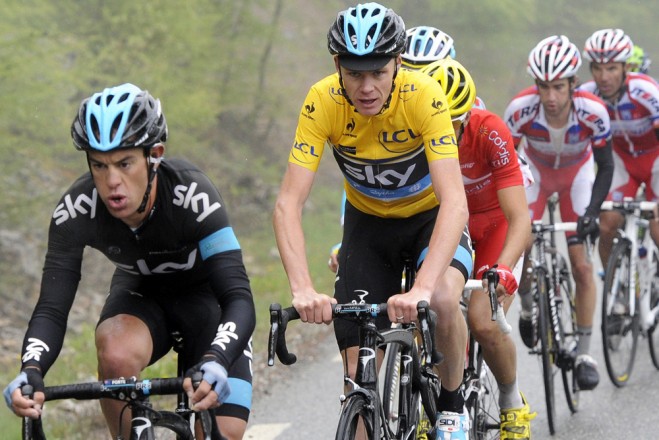 Froome played a supporting role to Sir Bradley Wiggins in the 2012 Tour as he went on to become the first Brit ever to triumph at the prestigious event.

Wiggins then added an Olympic gold medal to his tally last year but has not enjoyed the same success in 2013, struggling with an injury-plagued season as well as a chest infection, which forced him to pull out of the Giro d’Italia. That has pushed Froome to the forefront as he hopes for glory this summer.

Voigt, 28, finished second behind his team-mate in last year’s event, but the German believes this is his time to shine and show what he is really capable of without the shackles on.

“Froome is going to win, Alberto Contador will finish second and I think Tejay van Garderen will finish third.

“Chris just looks like Bradley last year, the same things – he is strong, a dominant rider and a solid leader.”