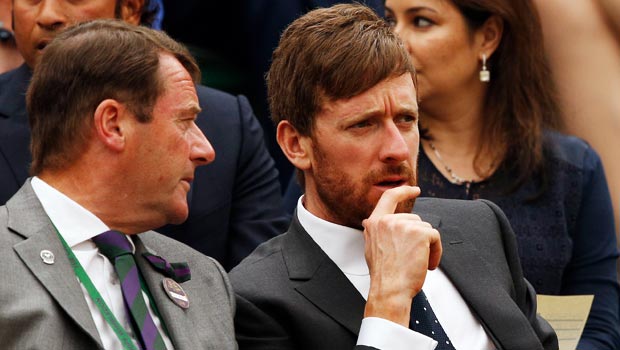 Sir Bradley Wiggins insists Chris Froome “will be back” after he was forced to retire from the Tour de France after crashing twice on stage five.

The defending champion, who had started the stage in seventh position, resumed riding after his first fall in wet conditions but was forced to withdraw after his second crash.

Froome was chosen to lead Team Sky for the 2014 Tour de France, while 2012 champion Wiggins was omitted altogether.

The pair fell out during the 2012 Tour as Froome appeared to disobey team-orders but Wiggins has backed the 29-year-old, and Team Sky, to respond to the setback.

“It’s a tough day. I never like to see a great racer go down but Chris will be back,” said Wiggins.

“Today has showed how hard it is to win the Tour de France, but the team will have prepared for this and they’ll deal with it.”

Team Sky principal Dave Brailsford was also quick to praise Froome and his desire to continue racing despite injury.

He said: “Crashing yesterday and then crashing before the cobbles is obviously very very disappointing and devastating for Chris but that is sport and we keep going.

“Chris was in pain before the stage, there is no denying that. You couldn’t have had a worse moment to hurt your wrist the day before cobbles.

“It was going to be challenging and it will play on your mind but he was brave and was up for it and he wanted to fight for it.”

Astana’s Vincenzo Nibali, the current leader, is available at 2.20 to be the General Classification winner, while Any Other Rider can be backed at 3.70.