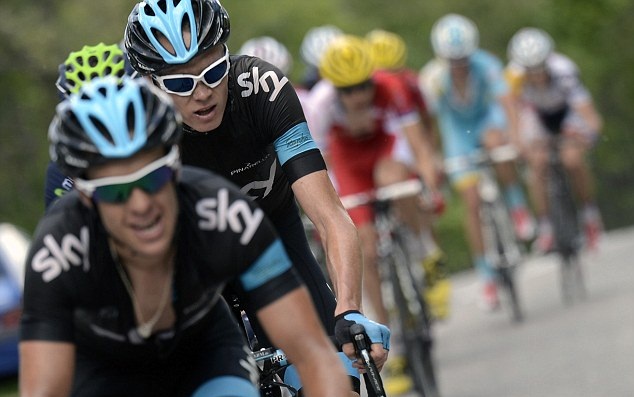 Richie Porte believes it would be foolish to rule Alberto Contador out of contention for upcoming Tour de France.

Richie Porte believes it would be extremely foolish to rule Alberto Contador out of contention for the upcoming Tour de France despite the Spaniard’s poor showing in the ongoing Criterium du Dauphine.

After missing last year’s Tour due to a ban for clenbutarol, Contador won the Vuelta a Espana later in the summer and was expected to storm back to top form in 2013.

However, he is yet to win a stage race time around, often trailing the current favourite for the Maillot Jaune, Chris Froome.

Things seem to have got even worse for him on Wednesday as Porte, who is only riding as domestique in support of Froome at the Dauphine, overtook the 30-year-old in the 32km time-trial, a race which Contador would have previously expected to win.

The former Astana man credited his problems down to a number of allergies, but his performance has raised further questions as to whether or not he will ever be able to reach his previous heights.

Porte admits he was surprised at the ease in which he went past the 2007 and 2009 Tour de France winner, but is refusing to rule out the Spaniard’s chances of victory in this year’s race, citing Cadel Evans’ recent third place in the Giro d’Italia as the perfect example of a rider coming back from the dead.

“You can never really rule him out. You wouldn’t have thought Cadel Evans would have finished third in the Giro either,” Porte told Cyclingnews. “If anyone in the peloton knows how to win the Tour, it’s Alberto Contador.

“Maybe he’s a little off his game but he’s still got three weeks to find his A game.”