Peter Sagan reacts to reports of his demise

Posted by OLADIPUPO MOJEED on November 27, 2020 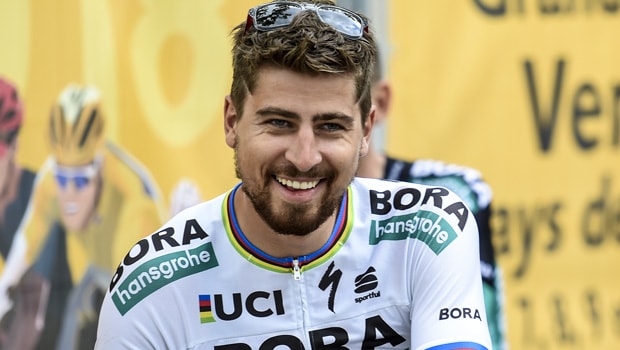 After closing the 10th stage of the Giro d’Italia 2020 cycling race,  Team Bora-Hansgrohe rider Peter Sagan has said that the reports that he is past his best are exaggerated.

Therefore, Sagan has shrugged off suggestions that he is past his best and is not even contemplating retirement.

Sagan’s 12th season will be in 2021 and his fifth for Bora-Hansgrohe if he continues as planned.

Sagan, who made his first appearance in 2010 at WorldTour level with Liquigas at the age of 20, has won two stages at Paris-Nice, causing upset against some big-name rivals and overall contenders in both finishes.

He continued from where he stopped with success at two stages at the Amgen Tour of California before taking a haul of other placings. He became one of the biggest personalities in cycling by virtue of his success. His bike skills made him a likable, standout character, and he rapidly became one of the highest-paid riders in the peloton.

However, he would want to forget 2020 in a hurry, having won just a race this year: a stage at the Giro d’Italia to c. En route to winning the race, he attacked from onset to ensure his rival Arnaud Démare (Groupama–FDJ) didn’t beat him in the sprint.