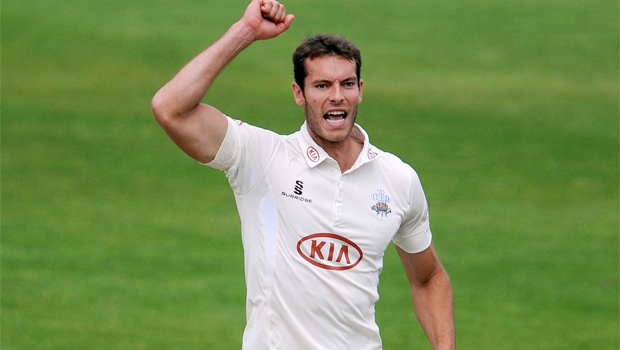 Chris Tremlett says he is hopeful of getting the nod to play for England in the final Ashes Test against Australia at the Oval.

The 31-year-old, who has battled back from a career-threatening back problem, has been included in the squad for the clash at the Oval after Tim Bresnan was forced to withdraw through injury.

The Surrey fast bowler is delighted to be back in the squad after helping England win the Ashes in Australia last time and is hoping to get the chance to play against the Baggy Greens on his home ground.

“I’m very hopeful. It’s been a long time coming and it’s been great to be back involved in the last two Test squads,” he told Sky Sports News.

“I’ve had my injuries over the last couple of years and I’m dying to get an opportunity to play.

“It’s great to be back at The Oval but unfortunately for Tim Bresnan he’s got injured and there was a spot there. Hopefully it’s myself who can get the opportunity.”

There is plenty of competition for Bresnan’s place in the side but Tremlett says he is doing all he can to get the nod.

“In training it’s about showing what you can do in the nets when you’re not in the team,” Tremlett added.

“What I can do depends on conditions and where they want to go but like I said, whenever I get into a nets session I always try my hardest to impress.

“There’s 14 guys in the squad here to pick from and obviously I’m hopeful I’m going to be the guy playing in Tim Bresnan’s spot but I’ve got tough opposition in Steven Finn, etc.”