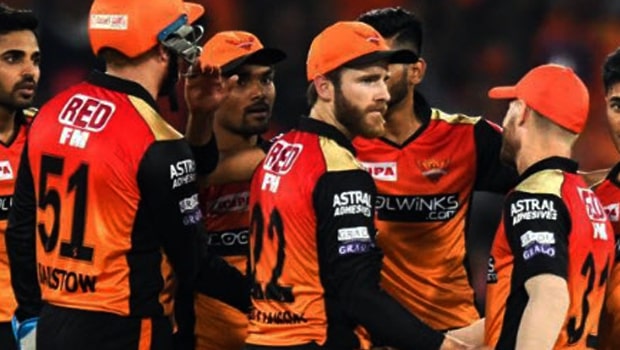 Kane Williamson is set to make changes as Sunrisers Hyderabad attempt to stop a three-game slide against table-toppers Chennai Super Kings in the Indian Premier League on Wednesday.

A hat-trick of defeats have seen Hyderabad fall away from contention and they sit in sixth place going into the clash with Chennai at Rajiv Gandhi International Stadium, where they are 2.00 to get back to winning ways.

A dramatic batting collapse cost them in their most recent game as only openers Jonny Bairstow (41) and David Warner (51) troubled the scorers as Sunrisers lost eight wickets for just 15 runs, collapsing to 116 all out as they chased Delhi Capitals’ total of 155.

Apart from Warner’s 400 runs and Bairstow’s 304 runs this year, the Sunrisers’ next best is World Cup-bound Vijay Shankar’s 132 runs.

Williamson, who made just three against Delhi, is working his way back from injury and should remain at three but the form of the side’s middle order is woeful.

Manish Pandey has made just 54 in six games, Deepak Hooda has 47 to his name from six games and Yusuf Pathan’s combined innings add up to just 32.

Sunrisers Hyderabad coach Tom Moody has attributed their up-and-down season to losing key moments in matches they had otherwise dominated and refused to put their slump down to the loss of Williamson.

The New Zealander has missed five of their seven matches to date because of a shoulder issue, leaving Bhuvneshwar Kumar to lead the side. But Moody gave the Indian seamer the thumbs up for his leadership by stating it wasn’t as big a factor as their inability at finishing games off.

“Obviously it would have been nice to have Kane fit from the beginning of the tournament,” Moody said on Tuesday.

“I think when Bhuvi captained the side, he did a very good job. I don’t think it’s a leadership issue at all. I think it’s simply there’s been moments – if you look at our games [up]till today in detail, there’s been aspects of our game that we haven’t got quite right. But I think we’ve won more overs than lost in the tournament.”

Chennai, on the other hand, have no such problems and will look to continue their recent dominance over Sunrisers Hyderabad.

Mahendra Singh Dhoni’s side came out on top in all four meetings between the two sides last season and are 1.80 to win again.