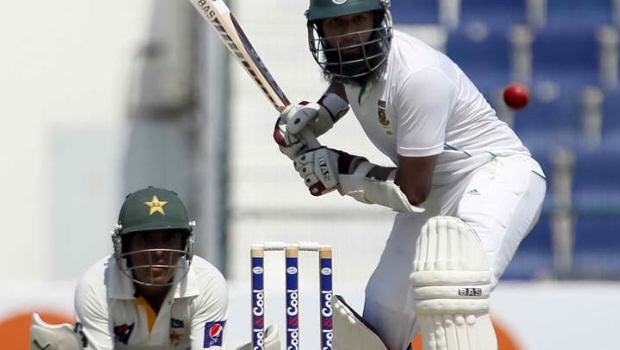 South Africa claimed a crushing innings and 92-run victory over Pakistan in the second Test on Saturday despite some stubborn resistance by the Asians.

Having been dismissed for just 99 in their first knock and then seeing the Proteas amass 517, it was always likely that the ‘hosts’ would come up short in the second Test in Dubai.

They had already added 62 and given the innings a look of respectability and continued to thwart the talented Proteas’ attack on the fourth morning.

Misbah was cautious in his 218-ball knock off 88 before falling to Deal Elgar’s part-time left-arm spin.

The captain only hit six boundaries but held things together in conjunction with Shafiq, who hit 15 fours and one six in his superb 130.

But, those two aside, the rest of the lower order went down like a pack of cards with Adnan Akmal making only five and Saeed Ajmal falling for nine.

Mohammad Irfan fell for 14 and, with Zulfiqar Babar unable to bat due to injury, last man Junaid Khan joined Shafiq at the crease.

He finished unbeaten on two as the centurion was stumped by AB de Villiers off the bowling of JP Duminy to end the match with Pakistan all out for 326.

Tahir ended with 3-98 to make it eight wickets for the match, while Duminy collected three scalps on a good day for the part-time bowler.

Pakistan claimed a shock victory in the first Test but normal service has now been resumed, with the two nations set to face each other in the one-day game in the coming weeks.