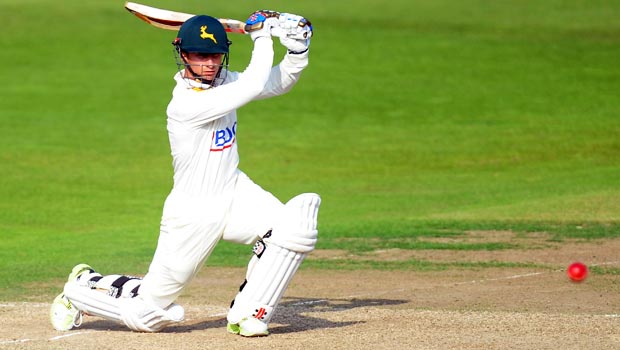 James Taylor admits he does not know if he’ll retain his place in the England side despite scoring 90 runs in Sunday’s six-wicket loss to Sri Lanka.

The Nottinghamshire batsman was included in the team for the clash in Colombo as the replacement for suspended skipper Alastair Cook and looked extremely comfortable in the middle.

Despite his superb scoring at County level, Taylor has often been overlooked for England, who are 10.00 to win next year’s World Cup, due to his diminutive stature.

However, his performance on Sunday has prompted a number of pundits, including Sir Ian Botham, to suggest he should be a regular in the 50-over side against the Sri Lankans, who are 8.50 to win the World Cup, and a certainty to be included in the squad for next year’s tournament.

With captain Cook expected to come back into the team for Wednesday’s fifth ODI in Pallekele, it remains to be seen who will make way for the 29-year-old.

Taylor admits he enjoyed his performance but still isn’t confident he will be given another chance to shine against Angelo Mathews’ men.
“It was nice for me personally to contribute to the team, obviously my first game for a while,” he told Sky Sports.

“I’m delighted to score a few, but unfortunately it wasn’t enough for the team’s cause. It might have been a one-off opportunity for me, so I managed to score a few runs.

“Hopefully I get another go. But I’ll take each day as it comes, the classic cliché, but I’m really not sure when my next opportunity comes.”