Posted by OLADIPUPO MOJEED on November 6, 2020 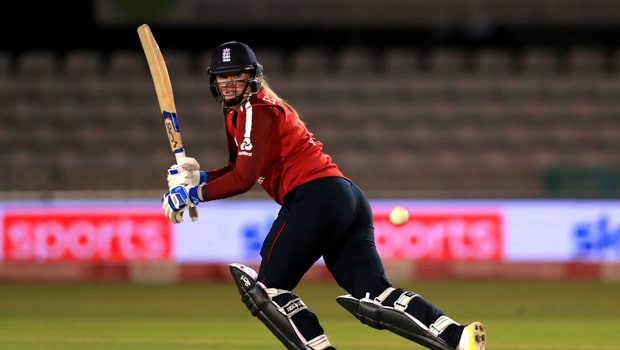 Ecclestone, who is ranked number one in the ICC T20 rankings had the support of veteran Jhulan Goswami (2/13) and Rajeshwari Gaekawad (2/13).

In the Thursday clash which sees Trailblazers dismissing Velocity in 15.1 overs, they had just a small target of 48 to chase, which they delivered in just 7.5 overs.

They didn’t sweat much as opener Deandra Dottin, and Richa Ghosh delivered 29 and 13 respectively.

The defeat will affect Vlocity’s run rate as they have been hit hard despite their win against Supernovas on Wednesday.

Velocity bowlers had earlier during Trailblazers’ inning denied them any loose ball, giving them a quiet start in the run chase. They were able to make it hard for Dottin and captain Smriti Mandhana (6)  to get the boundaries.

Mandhana eventually fell into Velocity’s trap when she went for the aerial route. Having been on 28 for one at the end of the powerplay, Trailblazers quickly ended the match with a six from Ghosh, taking her side to victory.

Velocity suffered earlier when Ecclestone delivered four-wicket haul for Trailblazer for a paltry score. Her relentless bowling was targeted towards the stumps, and she got dream figures of 4 for 9 in 3.1 overs.

The poor batting display from Velocity, who beat Supernovas on Wednesday, sees the left-arm spin duo of Ecclestone and Gaekawad having a field day, folding their innings up in 15.1 overs.

Goswami was also impressive as she ran through the Velocity top-order, leaving just three of their batswomen with double digits. Shafali Verma (13) was the top-scorer for Velocity.

After winning the toss, the decision of Velocity to bat first backfired as half of the batswomen were sent back to the dressing room inside powerplay for just 22 runs.