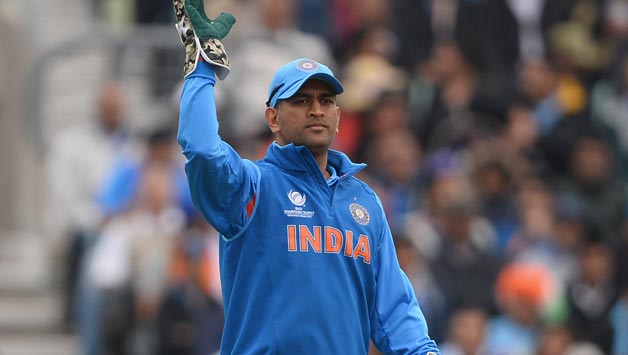 India captain MS Dhoni has warned his players that they cannot afford to get carried away with themselves after qualifying for quarter-finals.

India captain MS Dhoni has warned his players that they cannot afford to get carried away with themselves after qualifying for the quarter-finals of the Champions Trophy on Saturday.

Dhoni’s men have been by far the most impressive team in the tournament so far, winning all their games as they came through a tough group that also included Pakistan, South Africa and West Indies.

This saw them become the only nation to qualify for the knockout stages of the tournament with an unbeaten record, a remarkable feat when you consider the relative youth of their side.

India have lost a number of players since winning the World Cup in 2011, with Dhoni, Suresh Raina and Virat Kohli the only men in the current crop to have played in that tournament.

After years of relying on the same names, the selectors have decided to blood a number of new faces in recent months and at 31, the captain is now the oldest member of the squad with spinner Amit Mishra the only other man over 30.

However, with so much inexperience in the side, there is always a possibility that the youngsters could get carried away by their form and grow complacent heading into their semi-final clash.

Dhoni is keen to make sure this is not a possibility though and has warned his players that they need to perform at the same level as they have done in the group stages, otherwise they will be eliminated from the tournament.

He told reporters: “There are, hopefully, still two more matches to go and we must play with the same intensity that we have shown so far.”