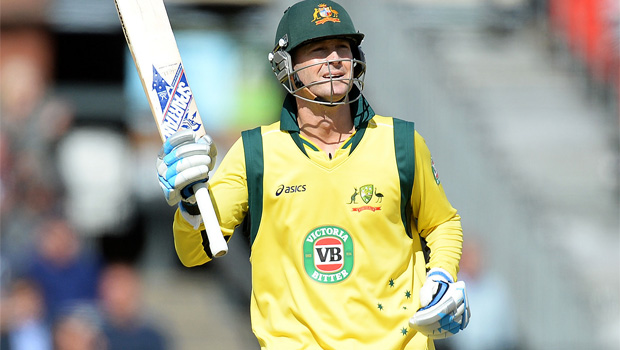 Australia’s Michael Clarke says his players will have to keep on improving if they are to win ODI series against England despite a convincing 88-run victory at Old Trafford.

After the first match at Headingley was a washout, the Tourists went 1-0 up in the series at Old Trafford, but Clarke is not resting on his laurels.

With further matches to come at Edgbaston, Cardiff and Southampton, Clarke is expecting England to improve and says his side also have to raise their game.

“It’s an important series – and as I said before we haven’t played as well as we’d like, certainly in the shorter form of the game, over in the UK for the past few years,” he said.

“Today’s only the start. We’ve got three more really important games and hope we can continue to perform the way we have.

“We’ve just got to make sure we keep working hard and keep trying to get better – because there’s no doubt England will get better from today.”

Meanwhile, England skipper Eoin Morgan has defended the decision to play just four frontline bowlers as Australia posted 315-7, a record ODI score against the Three Lions in the UK.

“I don’t think we were a bowler short, but we weren’t particularly happy with our bowling performance,” said Morgan.

“I’m not concerned by the balance of the side. We have a lot of bowling options. Not enough people put their hand up today.”