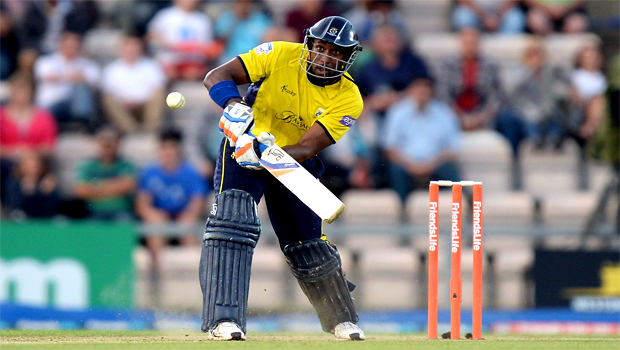 Carberry won his only other Test cap in 2010 and he will be handed another chance to impress as selectors look to try and cast their eye over a number of possible candidates.

The 31-year-old sits second in the leading run scorer table for the domestic season, hitting 502 which is just 15 short of Craig Kieswetter who tops the list.

The T20 series gets underway in Southampton on August 29 before moving on to Durham for the final fixture on August 31.

Captain Stuart Broad, Steven Finn and Joe Root are the only players to be included from England’s Ashes-winning squad.

National selector Geoff Miller revealed that with only a limited amount of competitive action between now and the ICC World Twenty20 World Cup next April, it is important to assess all options available.

The squad named boasts a large contingent of established internationals but also contains a blend of domestic players who have yet to be rewarded with the opportunity to represent the national side.

Miller said: “With only eight international T20 matches until the ICC World T20 next April, this NatWest series is an important chance for players to show they are capable of performing well at this level.

“The two matches will also allow [limited-overs coach] Ashley Giles and Stuart Broad an opportunity to look at a number of different options.

“This squad combines players with plenty of international experience with players who have impressed at domestic level and who deserve an opportunity to test themselves in an international environment against a strong Australian side.”