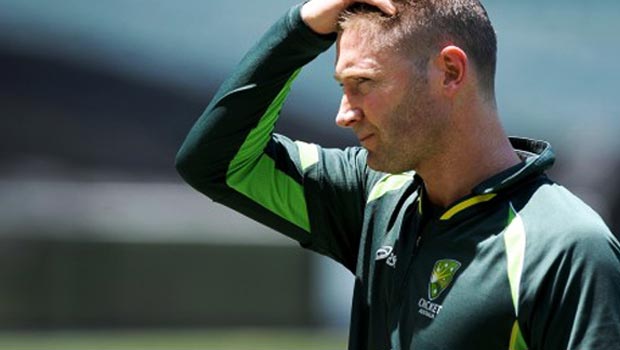 Australia have been hit with the news that captain Michael Clarke will miss the upcoming one-day series with Pakistan due to a hamstring injury.

Clarke has been struggling with the problem since initially suffering the setback in the recent ODI tournament in Zimbabwe but was expected to be fit for the clashes in the UAE, which include a one-off T20 fixture and three 50-overs matches.

However, the Australian Cricket Board have now confirmed the 33-year-old will not be fit for the series, with it also being feared he could miss the Test encounters between the two nations later in the year.

“Since returning to Australia Michael has had a series of investigations that have confirmed a significant hamstring injury,”
Cricket Australia physiotherapist Alex Kountouris revealed.

“Importantly, the scans have demonstrated tendon damage which complicates the recovery from this injury.

“As such, he will not recover in time to be available for the ODI series in the UAE.”

Clarke has been plagued by injury over the last few seasons, most notably a long-term back problem and his latest issue will certainly be a concern for the Australian camp, especially with them sharing hosting duties for next year’s World Cup with New Zealand, a tournament they are the 4.00 favourites to win.

However, with the event set to get underway on February 14, there is still plenty of time for the skipper to work on his fitness and he could now opt to take a rest before returning for the triangular series against England, who are priced at 9.00 to emerge as world champions and India who can be backed at 5.00 to retain their title, early next year.