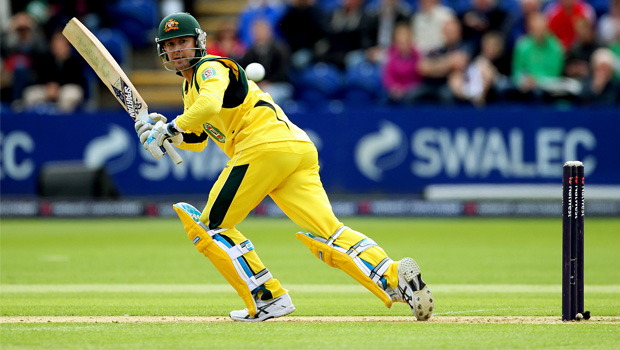 Australia will check on the fitness of captain Michael Clarke before deciding whether he should play in the one day series against India.

The 32-year-old continues to be hampered by an on-going back problem and coach Darren Lehmann says he will undergo scans when they return to Australia.

Australia are due to play a seven-match one-day series against India before the Ashes series gets underway on November 21 and Lehmann is keen to discover the full extent of the damage.

“He will go home and get scans and then if he is not 100% fit we have to wait and see,” Lehmann said.

Clarke was passed fit to play in Monday’s one-day international series decider against England, and played a starring role with 75 from 76 balls as Australia wrapped up the tour with a 49-run victory.

However, Lehmann still has concerns over his captain and says the problem needs looking into further.

“On Monday he said he was fit to go and you take his word on that. We’ll get back home and check it with the medics and see how he goes from there,” Lehmann added.

“He has had it for a long time.

“I am pretty pleased he got through the series, albeit very lucky to play on Monday, but he played and led well.”

Meanwhile, reflecting on the tour as a whole, which saw Australia lose the Ashes series 3-0, Lehmann says there is a lot to work on but also a lot of positives to take from some of the performances.

“We know we have got to improve in some areas – especially with the bat,” he added.

“The way we played – especially in the last three Tests – we were very, very good except for two hours in Durham (when Australia, chasing 299 for victory, collapsed from 147-1 to 224 all out).

“We just need to be consistent and grab the big moments and we know that.

“I am really pleased with the way they played throughout the one-day tournament, even though we had a few rain-affected games, but I thought we played pretty well.”