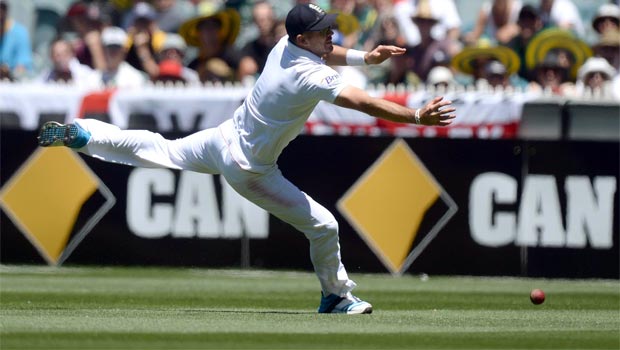 England bowler James Anderson says patience was the key to England’s improved performance on the second day of the fourth Ashes Test against Australia at the MCG.

England are on top in Melbourne after reducing Australia to 164-9 in reply to their first innings score of 255 – a welcome return to form after what has been a dismal series so far for the tourists.

The day did not begin well for England as they lost their last four wickets for just 25 runs but they finally responded with the ball and can now look forward to the rest of the Test as they aim to respond to the 3-0 overall scoreline in the series.

Anderson, who claimed figures of 3-50, was pleased with the day’s work, saying: “We didn’t start as well as we wanted to, we thought we had a chance of getting up to 300 with the bat. But we knew that it was a hard wicket to score on and if we bowled well we might get some reward, and we did.

“There are no demons as such in the pitch, it’s just a pitch that is hard to score on. We just tried to be as boring and patient as possible throughout the whole day.

“Maybe in previous games we’ve got a little bit excited and carried away and gone away from our plan. That is something that we concentrated on this game.”

Anderson has been a pale shadow of his previous self so far Down Under, taking just 19 wickets in seven matches before the Melbourne Test, with the 31-year-old struggling to explain his disappointing form.

“I don’t know really,” he said when asked why he has not been at his best. “I think today is probably the worst I’ve felt rhythm-wise. I felt pretty good in the games beforehand, I’ve just not quite got the reward for it.

“I’ve been working really hard trying to check my seam position and if I’m swinging it enough and making sure everything is in order. I didn’t feel great today but I got three wickets.”