Alex Hales ready to blast off for hot favourites Notts 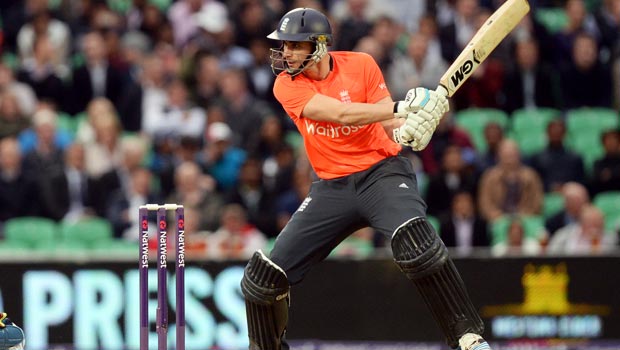 Hales, who made a modest six in Notts’ 33-run home win, plays on the back of his valiant international T20 half century for England against Sri Lanka on Tuesday night.

The Outlaws are 1.44 to pick up a second win to maintain their lead in the North Division table against a Worcestershire Rapids side that are 2.81 to stop their run of two defeats that began last weekend.

Yorkshire Vikings need to bounce back after their defeat to Northants Steelbacks at Headingley a week ago.

All eyes will be on Jonny Bairstow, who shone in the semi-final of the English domestic T20 competition two years ago, particularly as overseas signing Aaron Finch is still tied up with his IPL commitments.

Opponents Warwickshire, known as Birmingham Bears this year, will be without Pakistan all-rounder Shoaib Malik but have been boosted by the news that he will join up with the squad ahead of schedule to be available for the second home game against Durham Jets.

Yorkshire are 1.72 to win at Edgbaston, the venue of the final later this year, while Birmingham can be backed at 2.12 to get their campaign off to a flying start.

Middlesex Panthers failed to live up to the big occasion at Lord’s last week when they lost a double-header to Essex and Sussex, failing to chase just 128 in the second match.

Former England Test bowler Steven Finn has been back among the wickets this season and should return against Gloucestershire Gladiators, who received bad news this week when keeper Gareth Roderick suffered a broken finger.

The Panthers are the 1.77 favourites to get their first win while the Gladiators are available at 2.05 to take the points at Bristol.

There were 62 sixes scored in last week’s matches with Australian batsman Marcus North responsible for six of them in Derbyshire Falcons’ defeat to Leicestershire Foxes.

North’s knock of 90 wasn’t quite enough for Derbyshire but he could be the matchwinner this weekend against a Lancashire side who recovered from last Friday’s defeat at Trent Bridge with a victory over Worcestershire courtesy of Tom Smith’s sterling 74 off 53 balls.

Lancashire are 1.60 to win again with Derbyshire looking like a bit of value at 2.35 to win at home.