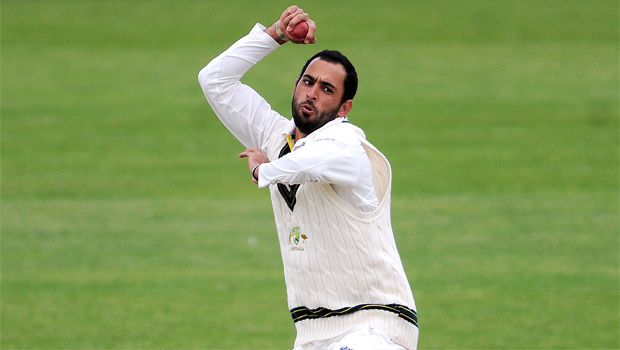 Spinner Fawad Ahmed has been included in Australia’s 18-man one-day squad for their tour of England and Scotland but Xavier Doherty and Mitchell Marsh have both been dropped.

Australia will be hoping for an improvement on their Test form when they take on England in five 50-over games and two Twenty20 matches over the course of the next month.

They trail 3-0 going into the final Ashes clash next week but will aim for redemption in the one-dayers, with the first Twenty20 taking place on August 29 and the first ODI scheduled for September 6.

Ahmed, 31, is the stand-out name in the squad after the spinner impressed on the A tour of South Africa and Zimbabwe and national selector John Inverarity believes he can make a big impact.

“Fawad Ahmed gets his opportunity as the squad’s lead spinner. He replaces Xavier Doherty who had that role in the ICC Champions Trophy played in June,” he said.

“Fawad has been a consistent wicket-taker on the Australia A tour of Zimbabwe and South Africa. He is a mature and very good leg-spin bowler and the NSP is keen to see how he fares in international competition.”

Doherty and Marsh are not included, however, but Inverarity says the former still has a chance of earning a future call-up.

“While Xavier will be disappointed, he remains in strong contention for selection for the tour of India in October,” he added.

Meanwhile, Josh Hazlewood returns and will hope to make his first appearance in three years.

“Josh Hazlewood has been performing impressively with Australia A recently and thoroughly deserves the opportunity,” Inverarity added.