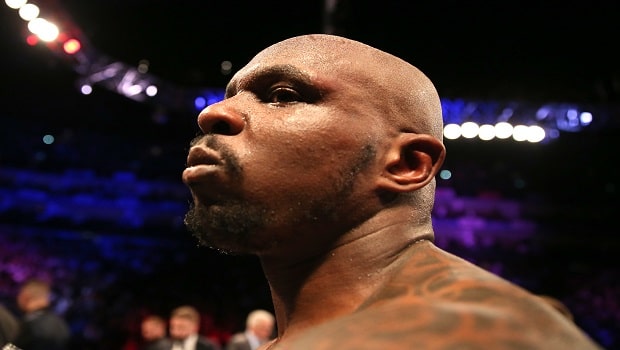 The two big hitters will fight at The 02 on July 20, with the winner hoping to secure a world title shot against Anthony Joshua. Rivas has yet to lose in his 26 fights, winning 18 of them by knockout, while Whyte is on a superb run since losing to Joshua in 2015.

Whyte is the WBC’s No.1 ranked fighter, meaning he should take on Deontay Wilder if he wins. A fight with Joshua appears more likely but Rivas is ready to produce his own assault on the heavyweight titles.

Whyte has beaten the likes of Joseph Parker and Lucas Browne in recent years but Rivas believes he has the quality to stop Whyte in dramatic fashion.

“With a known name as Dillian Whyte and a good ranking like that, that’s the two main reasons why I took this fight,” he told Sky Sports.

“I see myself in a world championship fight soon. I’m going to concentrate on that fight, but a win over Whyte, I’ll show that I have the tools to fight either Joshua, Fury, Wilder, all the great champions.

“I can definitely see myself with a star like Joshua. Whyte is a really strong guy, but I think with my technique, my speed, my power, my experience, I’m going to get on top. That’s a guy that I can beat, but he’s strong, so I have to be very well prepared, and I will be.

“It’s going to be an explosive fight. I cannot wait until the bell rings and then I’m going to make sure that I’m going to continue my rise. I know that Whyte is going to try to make me lose my first fight, but it won’t happen. “I don’t give predictions, but I can say this, I’m going to be the last man standing.”