Keith Thurman excited by his options 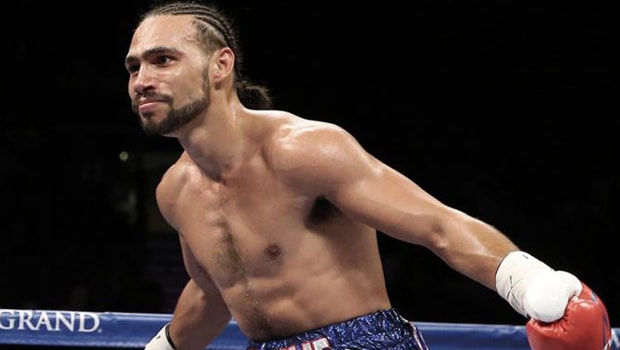 WBA and WBC welterweight champion Keith Thurman insists he will fight anybody in the division after watching Shawn Porter win on Saturday night.

‘One Time’ was in attendance as Porter overcame Andre Berto at the Barclays Center on Saturday night.

Porter, who lost to Thurman on points in June 2016, was ultimately far too good for Berto and eventually stopped him in the ninth round in New York.

Saturday’s win ensured Porter became Thurman’s mandatory challenger and the 28-year-old admitted he would hand his rival a rematch.

He told reporters: “He fought himself in position for the rematch, he truly deserves it.

But it’s about sitting down, talking to Al Haymon and making the fight happen.”

However, he also admitted he has the opportunity to take on the winner of Kell Brook vs Errol Spence Jr.

Brook will defend his IBF strap against the unbeaten American at Bramall Lane on May 27, his first fight since losing to Gennady Golovkin in September.

While he admitted he would prefer a Spence victory, Thurman insists he will take on anyone.

He added: “At the end of the day, I wear red, white and blue, so I look forward to Spence bringing that belt back home and creating more opportunities for the welterweight division.

“Your boy, Keith Thurman, is at the top and I am willing to fight everybody.”

Brook is the underdog for his title defence at odds of 2.20, while the draw is priced at 23.00, with Spence Jr the 1.67 favourite with Dafabet.