Posted by Vincent Henderson on February 27, 2018 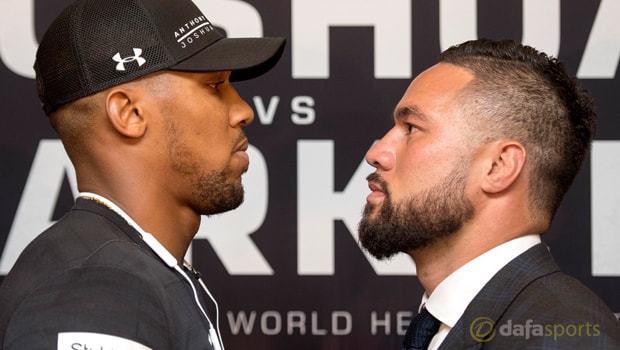 Joseph Parker is confident he can “outbox” Anthony Joshua and he is planning to knock the Brit out when they meet at the Principality Stadium in Cardiff on March 31.

Both men will head into the bout having won all their professional fights to date, with Parker set to put his WBO heavyweight title on the line and Joshua his IBF, WBA (Super) and IBO belts.

Many people are tipping Joshua to emerge victorious from the contest but Parker, who will be fighting on British soil for just the second time, is confident he can see off opponent.

“I can outbox Anthony Joshua. I think I have the skills to outbox him but I haven’t really shown that.

That’s why I’m excited – this is a big stage to put on the best performance of my life,” the New Zealander said.

“I can knock him out. I can outbox him. Words can’t explain how excited we are.”

A bumper crowd of 80,000 people, the majority of which will be supporting Joshua, will be in attendance for next month’s fight but Parker insists he will not be overawed.

“We’re fighting in his backyard and we’re fighting another champion who’s undefeated. That makes it a great fight,” the 26-year-old added.

“But also the opportunity to fight in front of 80,000 people.

A lot of people say it’s going to be overwhelming and I’m going to be nervous and scared. But I see it differently. I see it as us making the most of the occasion.”