Hughie Fury ready to step up 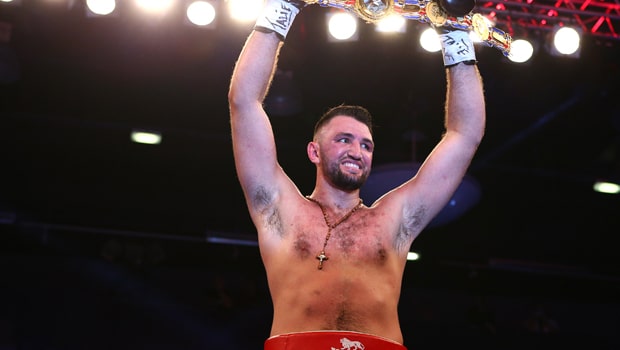 British heavyweight Hughie Fury claims he is ready for a tougher challenge after he breezed past Chris Norrad on Saturday night.

The 24-year-old returned to the ring following a winter break on the back of his defeat to Bulgarian Kubrat Pulev in October 2018.

Fury promised to be more adventurous and he delivered the goods as he stopped Canadian Norrad in the second round in Manchester.

The Manchester fighter is now 22-2 as a professional and he still believes he can win a world title, despite losing his only previous shot at Joseph Parker in 2017.

He is now determined to compete with the top fighters in the division, with trainer and father Peter admitting he will be back in action in September.

Fury told Sky Sports: “I was messing around in there, taking my time. At this level, it is easy for me.

“The losses I have had are experience for the future. I am a lot stronger and fitter now.”

Another man who wants to prove his worth at the top is Michael Hunter, the American was also in action on Saturday night.

He stopped Fabio Maldonado in Maryland inside two rounds and the WBA international champion wants a ‘big name’ when he returns to the ring.

“Mandatory, any chance that I can get, I’m taking it. I’m here and I’m here to stay,” said Hunter.

“Anthony Joshua, he’s the cash cow, you know what I’m saying. It’s an easy fight to make, we’re both with DAZN and Matchroom.”

If he was unable to secure a world title shot, Hunter gave his alternative: “Dillian Whyte. We want Dillian Whyte, we want a mandatory.”